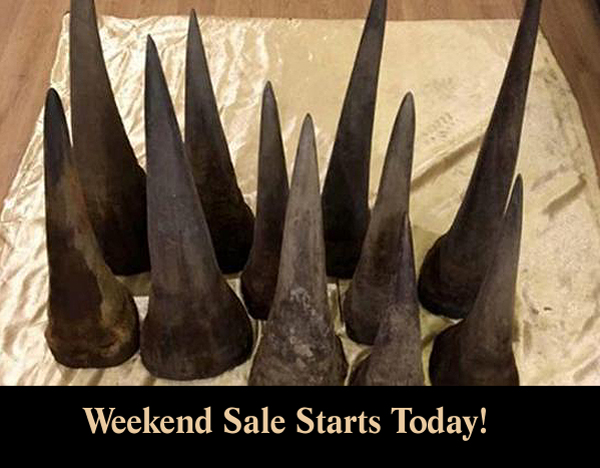 Rhinos are doing well … in captivity. South Africa estimates there are 20,000 in its country. There are, in fact, probably more rhinos than lion, although more lion in the wild. The reasons that rhinos don’t survive in the wild is because they’re very easily killed.

A small gun operated by a single individual who shoots well can easily hit the super large heart of a rhino from the side of the animal. As powerful and irritable and dangerous as the animal can be in the wild, it’s nearly a sitting duck.

Rhino are killed for their horn, which for hundreds if not thousands of years has been used in Asia for medicine. As I’ve often written I’m incensed by mostly western racists who claim its appeal is mainly as an aphrodisiac. It’s no more used as an aphrodisiac than aspirin, and in fact its traditional use has pitifully been as a fever and pain reducer.

There are, of course, individuals and small sects that treat ground rhino horn as mystical and super medicine for all sorts of reasons, not least of which is to impede aging. But the vast majority of its use historically has been for very ordinary ailments.

Where its particular value comes in Chinese apothecaries is when it’s mixed with other weird animals products like ground bear foot or certain types of rare desiccated frogs. Then its assumed potency for curing reaches levels of cancer chemotherapy. The power of science to dispel these absurd beliefs is apparently not enough. Key to understanding: Senator Inofe’s certainty that climate change is a hoax, or the 50% of America’s population who does not embrace evolution.

A rhino horn is small enough to be relatively easily concealed. A 2 kg. rhino horn sells in a middleman market in places like Djibouti or Sanaa for more than $10,000. By the time it’s processed, a quarter teaspoon of ground rhino horn can sell for more than $500 in Vietnam. This is, by the way, less than most cancer drugs.

The fabulous CITES treaty that saved elephants in the wild and countless other animals and plants bans the international trade of rhino horn.

South African rhino breeders brought the suit a number of years ago against South Africa’s internal law against selling and marketing rhino horn. South Africans passed the law to reenforce the CITES ban. (Keep in mind that the U.S. has no such law.)

Captive rhino farmers opposed the law from the get go. Their argument is that the healthy, captive and growing population of rhino in South Africa must be compensated somehow, and that the best way to do so is to allow the sale of rhino horn within South Africa.

South Africans, of course the farmers answer. There is a large population of Indians and Asians in South Africa, presumably who believe in rhino horn as medicine.

The the World Wildlife Fund disagrees:

“Given that there is no existing market for rhino horn in South Africa, lifting the domestic trade ban could very easily spur increased illegal international activity,” one WWF official told the New York Times yesterday.

Plausible, but I think there’s something worse:

National regulations already exist in South Africa for the sale and marketing of rhino horn within the country. The suit brought against that policy of interdiction and the court’s final verdict that upheld the farmers’ claims, has prompted the current South African government to announce a working draft of new national regulations.

Among those is the allowance of visitors to leave South Africa with 2 rhino horns if they can demonstrate they are for “personal use.”

Presumably this will increase tourism from Asia, but it’s a blatant attempt to circumvent CITES.

Rhino are doing well in captivity. Unlike elephant and numerous other species, even a complete lack of enforcing the international CITES regulations will not result in rhinos going extinct, precisely because so many exist in large, private reserves and other captive facilities.

What troubles me is the duplicity of the South African government and its court to insist it’s upholding CITES while protecting presumably only its local market.

If all the countries of the world followed South Africa’s example, there would de facto be no effective CITES ban. That is the world, today. Every country, every man for himself.