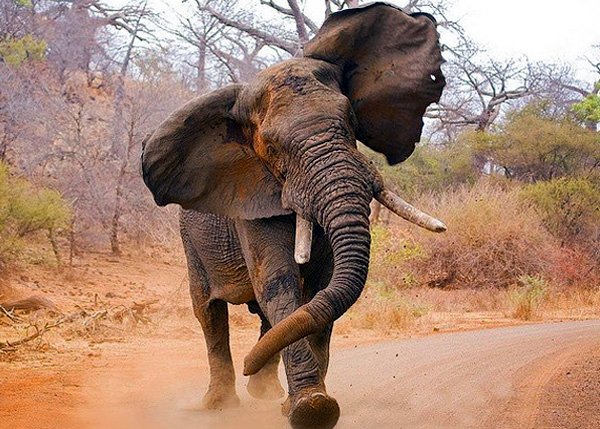 Last month British Columbia joined a slowly growing list of governments when it banned big game hunting (of brown bears). The trend is clear and provocative. In Africa it has nearly led to civil war.

Nothing is as contentious in the challenged world of conservation as hunting. Although the majority of any population seem to have no strong opinions about it, the minorities’ strong opinions are fierce.

Of the 13 African countries lying on or south of the equator only two ban all big game hunting: Kenya and Botswana. Three of the remaining eleven – Zimbabwe, Tanzania and South Africa – actively if aggressively promote it, and this is where more than 80% of all big game hunting worldwide occurs.

For many years it was only Kenya that banned hunting. Botswana’s policy change in 2014 following the sudden decline in elephant populations in its area.

For most of my career Botswana’s Chobe National Park was known as “the elephant park” of Africa. As poaching in its region exploded this decade, and as protection and anti-poaching improved substantially in northern Tanzania and Kenya, Chobe lost this distinction. Greater elephant densities began appearing in Tanzania’s Tarangire National Park and even in portions of Kenya’s vast Tsavo National Park.

Botswana’s decision was not a legislative one, but an executive one by the Botswana president. It came quickly and without much prior study. But now three years later Botswana remains “resolute” in its ban of all hunting, despite a veritable onslaught of biased media against the decision.

Increases in elephant but also many other species like Cape buffalo have now been documented in Chobe National Park. In fact, the population is expanding faster than expected, and that’s causing its own problems.

Opponents of the ban attribute the increased animal population in Chobe to increased poaching in neighboring countries that sends elephants fleeing to the Botswana sanctuaries.

If it’s true that elephants are fleeing into Botswana from Namibia, Zambia and Zimbabwe, it’s because they’re being shot at. An elephant doesn’t distinguish between a poacher and a licensed hunter. Frankly, I think it’s crazy to claim it’s poaching and not hunting which sends them racing, and this is precisely what the Botswana government also argues.

There’s no question that at least initially there was an economic toll Botswana suffered from banning trophy hunting. Eighteen months after the ban was implemented the New York Times documented the economic hardships of villages that had depended upon trophy hunting. That article was immediately challenged as you would expect in this heated debate, and if you take the time to read both sides you can see how the impasse arises.

The Times documented an actual situation: Villagers had grown up supported by hunting and all of sudden had their vocations taken from them. That’s pretty simple. Nothing was given them as a substitute.

Challengers concede those facts, and then divide rather starkly into two very divergent camps: the moral and the economic.

The moral argument is simple: you shouldn’t kill for sport.

The economic one is more complex. Proponents argue that over time there will be greater prosperity without hunting than with it, because there will be more animals that are less harassed that can be exploited by conservation tourism.

Personally I’ve become very moral in my opposition to hunting. I see no benefits economically or otherwise to any kind of hunting any longer. It once had benefits; it no longer does. The case of a single village is not compelling to the greater society’s needs. From my point of view now, not killing has much greater short and long term advantages than killing. There is, simply put, no reason to kill for sport.

But the ecotourism argument is not a slam dunk. I’ve studied this at some length, been deeply involved with ecotourism and was instrumental in obtaining Conde Nast’s 2004 Best Tour Company in the World award for ecotourism. But just as my feelings have matured with regards to hunting, so they have with regards to ecotourism.

Ecotourism provides few if any gains to the tourist market. In the short term there are essentially none. It once did, but it no longer does and it hasn’t for more than decade. Whether or not it will in the longer term is speculative. It depends not just on how well Mother Nature tends to her existing flock with the onslaught of destructive climate change, but also how the public responds to wilderness in the future.

Many scientists – like the world’s most important lion researcher, Craig Packer – have concluded that licensed big-game hunting “backfires” with regards to conservation. His first scientific paper in 2010 was followed by increasing antagonism to hunting in general. He was finally kicked out of Tanzania for his growing conviction. I agree with him completely.

My final sadness whenever I think about all of this is much more general. Regardless of your conservation orientation, the violence of the world today seems so much greater than before. Certainly hunting for sport contributes to that.