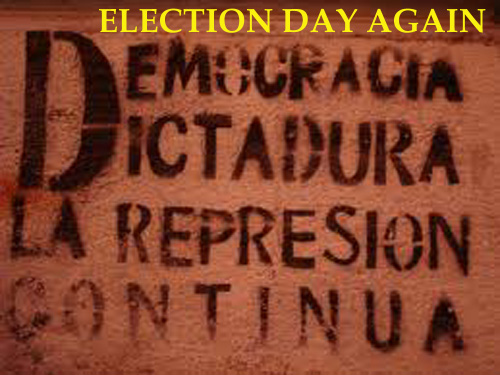 Democracy may not be cracked up to be what we think. Neither here or … in Tanzania.

As I look at what has happened in East African elections over the last several years – all considered democratic – and place that in the background of our own elections, today, I wonder if implementing the “will of the people” (WoP) can ever occur.

In Tanzania there is every indication that the ruling elite will continue to rule, as they have for … well, forever. Ditto for Rwanda earlier this year, and what we also expect in Uganda. Only in Kenya, where the electorate is more educated and empowered, have elections been close enough to cause real trouble.

The Tanzanian election was Sunday, and the political party whose heritage comes from the one-party state that took Tanzania from independence in 1962 to its first multi-party election in 1992 is expected to win handily. Results are seeping out and should be known in full by the end of the week.

That first “democratic” election in 1992 was forced on Tanzanian society, mainly by an unrelenting Reagan policy that stopped any kind of donor aid from virtually any US or world aid organization if the country didn’t go “democratic.” 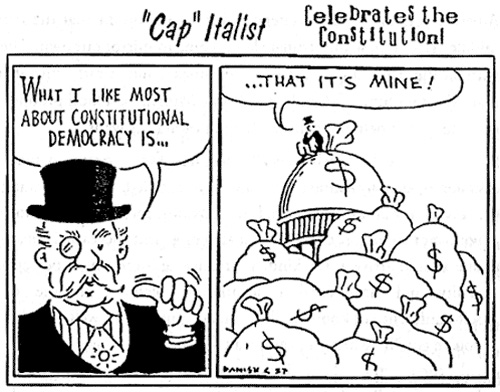 Reagan created the diplomat known as the “Democracy Officer” and put one in virtually every embassy and consulate in the world. Sort of like a politburo official, this puny little usually poorly trained non career diplomat had effectively more power in some embassies – particularly in East Africa – than the ambassador him/herself.

Tanzania – like many developing countries around the world – was clever. They created a veneer of multi-party democracy that even to today is hardly more. Political parties are denied registration. Opposition candidates get no press. And like many of our own T-party candidates this year at home, central party candidates refused to debate or talk to the press.

In Rwanda presidential opponents are dead or in jail. Uganda holds an election, soon. The opponents have quietly withdrawn or are in what is locally called the “process of disappearing.”

Yet our State Department, the EU and other lordly world bodies, have called these all “democratic elections.” 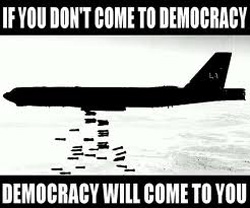 I suppose they are. And perhaps, that’s the point. To the extent that people can vote, if that’s all democracy means, they are voting with their daily lives of complacency as much as at the ballot box, that they will do as they are being told to do.

And here at home, it could be that a majority of Americans today vote against their own best interests. Because they’ve been fed simple lies they believe. Like Obama is a Muslim. Or that death panels will decide their death moment.

The wars? Anyone talking about the wars? Are there wars? Anybody hear a bomb recently? Are Afghans and Iraqis and American kids being blown to smithereens? 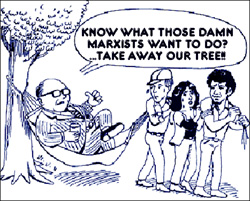 What we’re learning here and in Africa is that democracy does not reflect WoP. It reflects a physical act of choosing between candidates, but the little brain that directs those hands marking a ballot and effecting a choice is … well, brainwashed.

Democracy seems to be doing what you can be convinced to do. Even if it’s not true, or not what you really want to do.

That’s not what democracy should mean.

To me democracy means affecting a choice whose outcome you understand pretty clearly and correctly. There really is a reality out there, Joe. If the pipes are clogged, there really is a place – probably in the U-tube – where sludge is building. And we probably can really plunge it out.

But if you’re told over and over that it’s OK your sink overflows, that the pipes are still working, then Joe the Plumber & Great Deceiver controls your life, not you.

Only in Kenya has democracy approached some realistic manifestation of WoP. And that provoked the worst election violence we’ve seen in Africa in my life time. Is that good? Certainly not for the 1300 murdered and 150,000 displaced.

So, WoP, are you everything you’re cracked up to be? 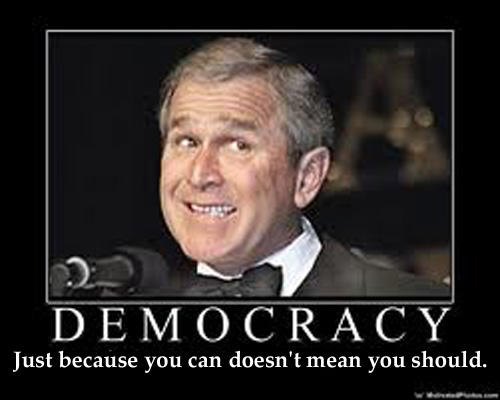