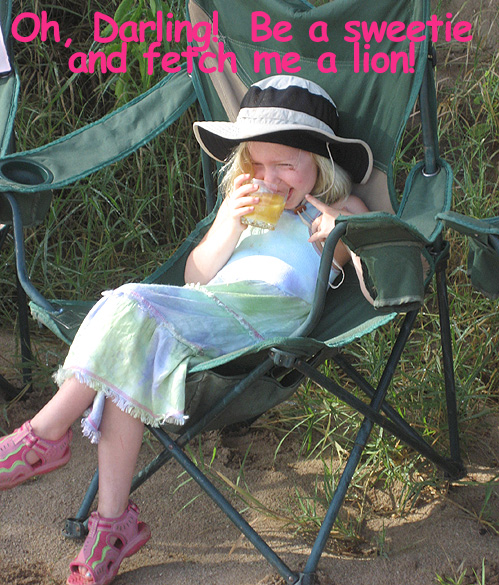 Ecotourism is dead. From the President of Tanzania, to the much more critical tourism market itself, feather beds and five gallons to flush a toilet have subsumed efficiency and sustainability. Requiescat in pace.

“Community Based Tourism Projects,” “Fair Trade,” “Shared Value Pricing,” and a ton of other phrases to champion a capitalist market in control of its morals, today those lovely little properties and projects are disappearing downwards faster than loose jeans on teen hips.

It all began when the king tried to pretend he really really cared about the slave weeding his rose garden. And it was challenged when the consumer got fed up with allocating her hard won vacation to another cause. And it was finished when the world global crisis left only the rich in the leisure travel market.

Mombo Camp, Singita Lodge, and Bilila Kempinski, are just a few examples of what works, today, in African tourism, and they are anything but ecofriendly.

I can’t think of a single successful ecotourism property that has been built anywhere in Africa in the last five years, and most that were built prior to that are on the skids. Newly built properties, and the ones that are roaringly successful today are all spas and castles. And there are several reasons why this makes good business.

The foremost is that the mid- and down- travel leisure markets are rapidly shrinking, and by necessity, becoming more and more efficient in delivering their core product: vacations. Any type of exotic or what we used to call “adventure” travel is under heightened pressure just because of how hard it is to get to them and then use them, and these (especially in Africa) were the pillars of ecotourism.

The lower market tiers shrank as all travel shrank in the massive economic downturn, but they never recovered, as the upmarket did. There’s a lot of speculation as to why this is true and if it will ever return, but right now, it’s fact. The midmarket is AWOL.

And there’s another very important reason specific to Africa.

African wilderness is under siege. By development forces like mining and urban development.

Take forests, for example. In Kenya the loss of forests has so drastically impacted in real time the potable water of urban Kenyans that recently a sizable majority of voting Kenyans supported a pretty draconian move by the government to forcibly relocate nearly 40,000 people.

Take elephants. Concerted action by world conservationists to save the elephants began in the mid 1980s. It is a success story without a rival. Not only was a catastrophic slaughter stopped, but wildlife management efforts helped accelerate the recovery.

But to what avail, from the point of view of a young African trying to make a success in the world? To the avail that his farm is being mauled, that his county roads are being destroyed and that his children on a weekend country holiday are in danger?

Take the Serengeti highway, which is just one of many industrial projects currently being plowed through previous grand reserves in order to facilitate rapidly developing industry.

And take the relaxation of environmental standards, which kept the wildernesses healthy. This week Tanzania President Kikwete ridiculed the environmental community for trying to delay mining a 300 million ton soda ash deposit which lies adjacent the Serengeti and will likely at the very least destroy the flamingo populations living on Lake Natron.

“We cannot continue to mourn about our country being poor while our minerals are lying untapped and [while] … our neighbours, Kenya, are doing the same on the other side of the lake,” he said.

Which is true, and is the reason that the Kenyan side has no birds or animals.

“At times I wonder whether those who are opposing this move are really patriotic, because it seems as if they are agents of some people we don’t know,” Kikwete said. Bulls eye.

Build Up. As high and expensive as you can get. Be damned the resources consumed to build Versailles! Onwards and upwards! Four Posters! Plunge Pools! Solar Cosmetics!

The upmarket has by definition been primarily interested in comfort and style rather than context. It matters, but less with the upmarket, if the Serengeti road will disrupt the great wildebeest migration. So long as there is still a feather bed at the end of track that has a wildebeest or two, it will be just fine.

Bilila Lodge in the Serengeti is not so dissimilar to an Aman Resort Indonesia or a Canyon Ranch in Arizona. Bilila is a Kempinski property, one of the oldest, most successful European grand hotel chains that exists.

I just stayed at Bilila Kempinski and was truly astounded. The lodge is very remote and made even more so by a single access road that is 35 kilometers long. That’s one impressive driveway.

The public areas resemble any wonderful western spa or upmarket golf lodge, for example, with stylish architecture, spiraling staircases, giant lounge chairs, and lots of glass. The infinity pool is spectacular. Individual rooms are magnificent and huge with tasteful accouterments and the highest quality furniture.

But here’s what really got me: wifi worked better than in any upmarket hotel or lodge I’ve stayed at anywhere, in Nairobi or Dar. The wide-screen TVs had a whole arm’s length of channels, not the 7 or 8 limited ones found in Intercontinentals and Fairmonts in Africa.

Hot water was hot and always so. The air-conditioner not only worked, but well and softly, even when it shouldn’t have (when it was cool out). The telephone by the bed could ring my wife a half world away quicker than reverse when I was in any office in Africa.

The a la carte menus seemed right out of lower Manhattan, and the food was just as good. The boutique didn’t mess around with wood server spoons, but rather trendy canvas art whose price tags usually started at five figures.

Ecotourism is dead, because … it didn’t work. It relied on the generous spirit of middle class travelers willing to donote a little bit of their vacation to a better world order.

What an absolutely laughable idea, today.