By Conor Godfrey
This poetic essay by Nigerian professor Pius Adesanmi helped me consider the nature of the citizenship I enjoy.

I may rail against certain U.S. policies and politicians, but I know that Uncle Sam has my back abroad.

If I get hurt, arrested, detained illegally, kidnapped, or otherwise physically or legally incapacitated, my blue passport means that someone somewhere is going to do something about it.

(I am however very sympathetic to the argument that not all citizens are equal in terms of state services.)

Nigerian Professor Adesanmi tells his Canadian students that he has “never experienced the psychological comfort of a citizenship considered sacred and inviolable by a state.”

He continues, “ I have never in my life gone to bed with the psychological comfort of knowing that a state has got my back.”

He uses the Yoruba expression “second calabash” to describe how the elite views the citizenry; the expression connotes someone or something of little import, an after thought.

The most recent and vivid manifestations of this are the U.S. and Nigeria’s respective responses to having nationals kidnapped by Somali pirates. 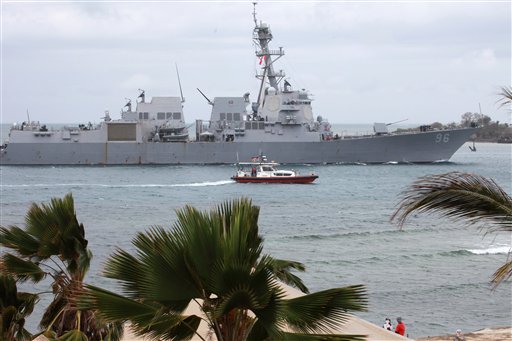 Somali pirates held Nigerian hostages on the other hand for 302 days before releasing them to make room for hostages from countries that would actually pay.

In the professor’s words, “The Somalians broke the number one rule of international hostage taking – the life of your hostage must mean something to a particular state – because they believed that anybody in the rulership of Nigeria was even remotely interested in the lives of Nigerian citizens.”

This is harsh stuff.

Obviously military resources might play a larger role than respect for citizenship in determining these outcomes, but symbolically, the images are still potent.

I don’t know if the majority of Nigeria’s 160 million people are second “calabashes” or not, but his argument was convincing in one other respect – Nigerians are treated horribly all over the diaspora, especially in other African countries.

Negative Nigerian stereotyping was rife in every country I ever visited in Africa, some of it laced with simple envy toward a larger and in some respects more successful neighbor.

Are Nigerians treated this way abroad because their own state treats them similarly? Because perpetrators know that no one is going to stick up for Nigerian diaspora communities? Maybe.

Recently, South Africa improperly deported over 100 Nigerians on the unfounded suspicion that their Yellow Fever vaccination certificates were fake.

The Nigerian elite reacted with uncharacteristic outrage at this incident, and South Africa was forced to apologize. The South Africans seemed humbled and surprised by the reaction from Abuja. This proves prove the professors point, offered through an adapted proverb – “If you carry piss in your calabash, so will your neighbors when you lend it to them.”