By Conor Godfrey
The situation in Mali gets more complicated every day. 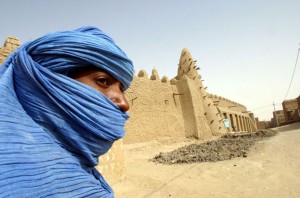 As predicted in an earlier blog, regional and national bodies are moving (slowly) toward a negotiated solution to the governance crisis brought on by the March 22nd coup.

The North, however, is a total mess.

That is too alarmist, but the situation certainly calls for some alarm.

There are half a dozen players in Northern Mali at the moment, but they can generally be corralled into two camps – Tuareg nationalists, and Islamic fundamentalists.

(This obviously soothes over some nuances.) Of course, to confuse matters, all of the Tuareg nationalists are Muslim, and many of the fundamentalists are Tuareg.

Put simply, the Tuareg nationalists, led by the National Movement for the Liberation of Azawad (MNLA), demand recognition of the independent republic of Azawad in Northern Mali as the Tuareg homeland.

The Islamic Fundamentalists, led by Ansar Dine (loosely “Defenders of the Faith”), demand the implementation of Islamic law across Mali.

They have also declared allegiance to al-Qaeda, and can be seen as a Qaeda franchise similar to AL-Qaeda in the Islamic Maghreb (AQIM).

So the obvious compromise was tentatively reached on May 26th – the two groups merged and declared independence for the independent state of Azawad, and announced that the Koran would be the basis for Azawad’s legal system.

The point here is that a group openly aligned with al-Qaeda now controls territory the size of France. 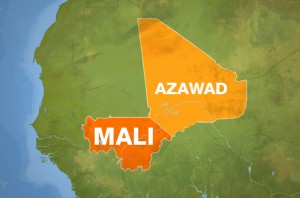 Luckily or unluckily, I think the marriage between the Tuareg nationalists and the Qaeda sympathizers will collapse under the weight of its own contradictions.

No sooner had their deal been signed did the two sides begin spinning the agreement to their respective constituencies. (In fact, there are rumors as I am writing this that the pact has already been called off.)

One spokesperson for the Tuareg nationalists (MNLA) hedged as follows: “The Koran will be a source of the laws of the state…but we will apply the things we want and leave aside those we don’t. It will not be a strict application of the law.” (Source)

While the MNLA spokespeople were all assuring domestic supporters and foreign analysts of their moderation and anti-terror agenda, their new partners Ansar Dine were busy beating female protesters, whipping people out of bars, and banning soccer.

Banning soccer of course led to the largest protests.

In this power struggle, any sane person is routing for the Tuareg nationalist elements to prevail.

Once the government stops imploding in Bamako they will at least be able to negotiate with the MNLA.

Conceivably, a strong government in Bamako backed by an implicit ECOWAS or French military threat could make the Tuaregs settle for drastically increased autonomy and other perks. (Whether this is fair or not is a different question.)

If Ansar Dine and AQIM marginalize the Tuareg nationalists however, then Bamako and/or the region will be obligated to solve the conflict by force.

There is little room for compromise with abject fundamentalism.

Using force will spin off other problems such as increasing the distrust and dislike between Tuareg civilians and the rank and file of the Malian army.

The MNLA has about 1,000 fighters at its command, while Ansar Dine and AQIM have approximately 500 a piece.

The main hope for the MNLA and other Tuareg nationalists is that the civilian Tuareg population in Northern Mali (or Azawad if you wish) has no interest in Ansar Dine’s social program.

They may have welcomed Ansar Dine momentarily as a cure for the total lawlessness of the military campaign, but in general, Tuareg Muslims like to attend a soccer match from time to time, and have little appetite for returning to 7th century Islamic social law.

It will also be interesting to watch the U.S., France, and regional bodies debate intervention: will they really let an al-Qaeda aligned group control three airstrips and that much territory?

The Malian army will not be ready to handle the crisis any time soon.

I think this would be a wonderful opportunity for ECOWAS to show its teeth, but I have an awful feeling that France might end up wielding the stick.