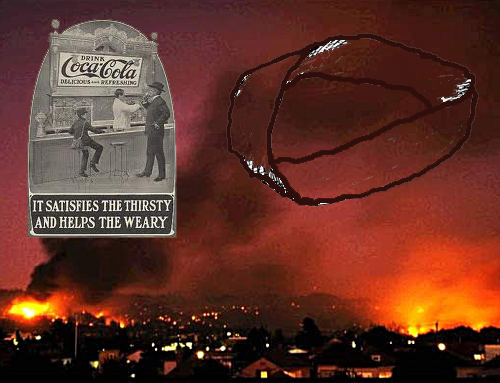 Obama as reflecting the “United States” is a curious shadow box of a troubled society. Are we (is Obama?) pulling inwards, constrained (perhaps by Congress?) to few good acts except our own security?

Yes to the first question, and the answer to the second question doesn’t matter.

“We are witnessing a gradual and continuous U.S. retreat from Africa,” Dr. Mo Ibrahim said last night in an acceptance speech for an award from an organization heavily funded by Obama’s Nobel Peace Prize winnings.

“I take the expansion of [AFRICOM] and the growing U.S. military presence sort of creeping down into sub-Saharan Africa as a further continuation” of American militarism, claimed Andrew Bacevich at the Carnegie Council last week.

Dr. Ibrahim is one of Africa’s richest men, commonly known as the “Father of Africa’s Mobile Phones.” Bacevich is a highly respected analyst, author of “The New American Militarism.”

“There is no question that Africa is moving forward,” Ibrahim continued, pointing out the extraordinary GDP growth of the continent, even through the global recession.

“ Everywhere in Africa you see Indian, Chinese, Brazilian businesses,” he said. But no American business except Coca Cola. Africans as a result are beginning to feel a bit uneasy about the United States.”

Note that Ibrahim didn’t include Europe in the panoply of foreign businesses racing into Africa, and Europe like America is in the forefront of the current global financial earthquake. I think it fair to include Europe in this analysis; it’s not just Obama, not just America, but the traditional developed world.

Which is turning inwards and becoming militaristic obsessed only with its own security.

In his book and his speech, Bacevich recognizes 9/11 as when America (“developed world” including Europe) pivoted from grand economic and social engagements with the rest of the world to become militaristic.

“The George W. Bush administration tacitly acknowledged as much in describing its global campaign against terror as ‘a conflict likely to last decades’ by promulgating the doctrine of preventive war,” Bacevich explains.

The doctrine of preventive war, as much a social upheaval and resource greedy policy as The Monroe Doctrine was nearly two centuries years ago, has consumed America. And it has consumed America just after American bankers and immoral financial trainers consumed society with the 2008 depression. We’re sort of on a mobius strip of unstoppable self-destruction.

Several weeks ago France conceded that its short several week involvement in Mali will likely extend to years. Remind you of something? Mission accomplished?

“… the violent pursuit of violent Islamists continues with no end in sight,” Bacevich laments.

I don’t think this policy of ‘the violent pursuit of violent Islamists’ would be quite as controversial if we didn’t have domestic flight delays, sinking education, wholly stalled government, and a basic social ennui that clearly now even extends to our private sector.

The world is moving on, and a lot of that movement is in Africa. There’s nothing very surprising about this. It was the fertile, untilled economic continent, and it’s now being tilled. By Brazil. By India. By China.

By the new economic bullies on the block.

But America sits idle. American businesses won’t invest, at home or abroad. America is consumed by its own terrorized concern that it is marked for doom.

It is. By itself.