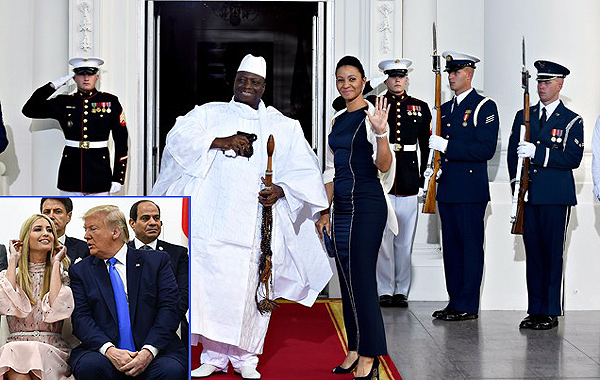 It’s very hard to write about Africa when America is in such crisis. But there’s one topic that stitches the two together perfectly: corruption.

Corruption is at the heart of America’s disintegration, today. And corruption was always pervasive in Africa until just recently. But it’s not an exaggeration to say that corruption in America, today, is greater than it was ever anywhere in Africa that I can remember.

African writers and reporters have been calling out America all year long as the scandals with Trump mounted. A very popular and well-known Kenyan, Nerima Wako-Ojima wrote for AFP earlier this year:

“Donald Trump behaves more and more like an African president with each passing day.”

Ojima pointedly described how all his close relatives are working for him, something that is disdained today in much of developing Africa. She also pointed out how America had fallen out of the Top 20 of Transparency International’s index of most democratic countries.

Ojima is typical of many African thinkers.

Corruption in old Africa was simpler. It was usually people in power stealing money. And it went right from the very top to the very bottom.

Few Heads of State in Africa in the 1980s and 90s didn’t retire to mansions in France or Malibu, didn’t leave children that turned into playboys and jetsetters, or didn’t build expensive monuments to themselves.

But even the clerk charged with issuing driver’s licenses at a county level would withhold his services until he received a bribe. The classic and most pervasive were the police. Rarely was a traffic infraction legitimately prosecuted. It was all taken care of right on the spot.

But the corruption in America today is so much worse. Instead of stealing money the corrupt today are stealing the truth.

That’s infinitely worse yet it’s possible because a large part of America feels that money is more important than truth. For the time being the economy is chugging away nicely and no one realizes that they’re paying for it with futures mired in debt.

If Trump declares the economy is growing at 4% it doesn’t matter that it’s growing at less than 2%. The Liar-in-Chief has set the stage, the tone and unfortunately, the aftermath.

Africa took a long time but finally started to address its corruption and once anti-corruption policies took hold, woe to the offender. South Africa is going through that, now, with literally dozens of top officials – including the former president – facing long jail terms.

Kenyan politicians are finding themselves “expunged” by their parties – now controlled by a growing youth wing – as well as the courts. Tanzanian police are the most restrained I’ve ever seen them.

But stopping stealing is actually a lot easier to do than stopping lying. When lying becomes the currency of every day life a situation arises where everyone who doesn’t lie is seriously disadvantaged.

This is a malignant corruption. It’s hard to know if another year is all it needs to become perpetual.