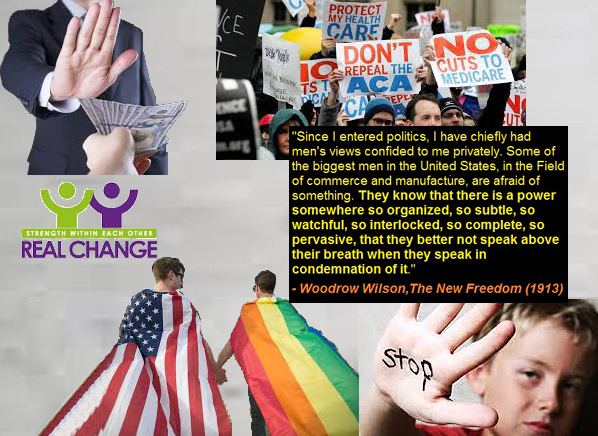 The #MeToo campaign is sweeping across Africa, just as GOP “just-say-no” techniques have infused the failed Kenyan opposition and the Chinese governing model takes hold in Zimbabwe.

What we’re seeing is the inception of a single global society. We’re a long way from a single government, but the seeds have been planted.

“It is time for united action from all of us,” the UN Secretary-General said recently, “Violence against women is fundamentally about power. It will only end when gender equality and the full empowerment of women will be a reality.”

António Guterres finds himself in an unexpected position of power. The United Nations is increasingly being looked to for guidance and sometimes outright authority across the world. For one thing there are 70 million refugees in camps and across other places in the world under the authority of the UN, indidividuals with only UN identity.

This puts the UN among the top 20 most populous countries in the world.

The #MeToo campaign is phenomenal, but outside America and western Europe it has yet to have the individual sting that is felling public personalities like dominoes. That will come:

“Looking at the Kenyan situation, cases are reported across the board: Members of Parliament, priests, pastors, fathers, uncles, and jobless youth,” reports Daily Nation columnist, Muthoni Thang’wa. She explains that she expects the naming of names in the public arena, and the fall of the guilty, even in machismo Kenya.

On Thursday in America politicians may move forward the most onerous reapplication of income inequality attempted in my life time, slammed into the national fabric by mendaciously tweaking tax policy. Yet interview after interview on public and social media, attempts to talk about this devlish move are eclipsed by conversations about sexual abuse.

That’s because real change isn’t possible, at least in America, with our current political apparatus. The cultural tsunami on the other hand requires no legislation and little governance to be effective. It’s about as pure a link between the people and their society that we’ve seen. And it’s worldwide.

But even the tangled complexity of government is being modeled across the world.

Having failed to achieve a majority in Kenya after two exhausting elections, the Kenyan opposition announced Friday that it was basically going to adopt America’s Republican Party’s modus operandi during the Obama era: Say No to everything. Block every move.

Kenya has a western model of government. Increasingly minorities in the west have found their greatest power restraining the majority by refusing to participate and by blocking all action.

This effectively mutes democracy. It is the self-destruction that western society is going through.

Looking east rather than west, I think that the new Zimbabwean government has begun to model China as a more successful contemporary society than the west.

Having thrown off their dictator, the new president immediately began a campaign against corruption, appealed warmly to foreign investors and indicated that his notion of elections involves little debate. I think he’s choosing the Chinese model, and in our current stagnant western politics, it would be hard to dissuade him otherwise.

What we have is a world in a mixmaster. If you believe as I do that man is inherently good, the bread is going to rise just fine.