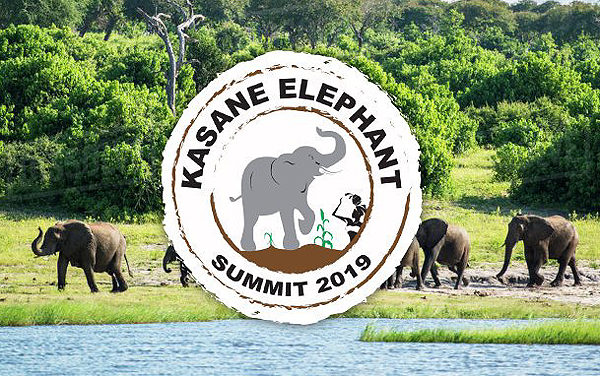 Angola, Botswana, Namibia, Zambia and Zimbabwe claim to have 250,000 elephants – which is a bit high – and their Heads of State met yesterday to decide how to handle “too many elephants.”

Botswana has a hotly contested election in five months. Elephants are a hot button issue in that election with the president decrying “too many elephants” and offering absolutely useless but provocative methods to reduce them. He hopes this glitzy gathering of mostly unpopular Heads of State will help his cause.

There’s growing antipathy among many Africans to conserve elephants, and I find it hard to blame them. Consider Wyoming ranchers’ antipathy to wolves, or even Midwest pig, chicken and sheep farmers’ to coyotes. Elephants are way bigger.

They’re also much more aggressive than wolves or even bears. Just Google “killed by elephant” and there are endless links, many more than for bears.

So a politician in Africa, today, does not solicit support from the elephant lobby. Quite to the contrary and what the current less than wholly popular Botswana president did recently using elephants is politics par excellence.

The density of wild elephant in Botswana’s Chobe National Park is among the highest on earth. A month after becoming president, Mokgweetsi Masisi disarmed the park’s anti-poaching unit. This curious move was immaturely praised by a number of conservation groups, and I’m sure that was his intention.

But it isn’t just conservation groups that read the news.

Last September 87 dead elephants were found with tusks removed in the area once patrolled by those armed anti-poaching units. It was notable because the poaching in sub-Saharan Africa in the last decade has mostly been one-off little gangs killing a single jumbo. This was a carefully implemented plan by a much larger criminal gang.

But it was mostly wrongly reported in the world news, grossly exaggerated exactly as the New York Times reported: “Doubts Mount in Botswana Over Charity’s Claim of Elephant ‘Poaching Frenzy’”.

Exactly what Masisi wanted, because it so infuriated the local populace that he was able to announce new measures to restrict elephants. Those did not include rearming anti-poaching units.

But they did include culling and neutering elephants, and most laughable of all, hunting.

Culling can work to manage any group of animals, if done correctly and continuously. With elephants it’s heart-breaking, because you can’t just take out one old elephant. You have to take out entire families, the old and newborns alike.

But I concede the Kruger National Park’s culling efforts, now suspended for almost a decade, were successful. They were successful because they were just one element of the entire management plan for Kruger, which included widespread culling of other lesser animals, carefully managed regeneration of forests and many other side issues.

It’s very, very expensive to do all this correctly, and it takes a virtual battalion of trained field scientists. Botswana will not be able to do this.

Neutering elephants is laughable. The cost of darting an elephant is extraordinary and very risky. The likelihood of infection is great.

Hunting is so animal-specific and with elephants is completely antithetical to correct culling. In fact, hunting wildly disrupts population trends, sometimes upwardly, sometimes crashes them.

Elephant hunting has never been done to manage populations. It’s done for other reasons, including high single-unit revenue streams and to court hunting organizations now joyfully contributing to Masisi’s campaign.

Politically adroit Masisi now sounds like a pacifist trying to work out conservation problems, when in fact, he’s just playing to a very agitated base of growing Africans seriously annoyed by the world’s largest land mammal in their garden, while rolling in campaign contributions from Safari International.

Collecting his mostly also unpopular cronies from the neighborhood for an endorsement of his policies is pure show, but probably quite effective. Out of the chaos of Zimbabwe we got the full story:

“Zimbabwe … has joined forces with regional nations …to exercise various management methods which include trophy hunting, culling and sale of ivory.” Full stop.