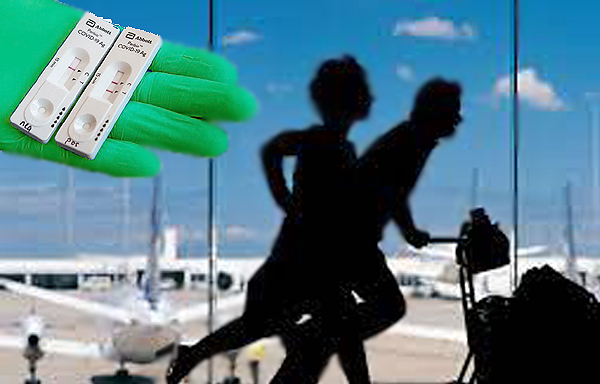 Part III :
Do I get my money back?

I lost all the investment on a personal holiday to Paris to celebrate our 50th wedding anniversary because my wife tested positive for Covid. The great if unusually satisfying irony is that a hundred or so travelers EWT has sent mostly to Africa since last fall had not a single Covid disruption. Just us, the owners.

No, we didn’t get our money back.

Unlike many EWT clients on safari to Africa we weren’t allowed to postpone our trip. Not even by a day.

Postponement has been the name of the game for EWT during the Covid period, the only way an uninsured traveler before 2020 could reap any of their investment, and the only strategy for everyone after travel insurance companies made Covid uninsurable after March, 2020.

I’ve often written how travel bucks capitalism – you pay for it before you get it and there are no returns. The millions of travelers reeling from this is why these age-old policies seem to be changing, slowly but remarkably so. Travel might look much different in ten years from today. But this change will take years to fully develop and could reverse overnight with an economic rebound.

For the time being, as with Kathleen and me, as it has been my entire half-century-long career, you buy travel in advance, then you use it or lose it. And no one gives a damn what made you lose it.

The only caveat to this is that technically legal redress is available if the vendors which you paid go belly-up. But who is going to undertake the time and expense of litigating a failed tour company in Kenya? Best I can guess between a quarter and a third of all sub-Saharan African vendors have gone belly-up because of the pandemic. Tough luck.

None of the vendors I personally paid in Paris has gone belly-up. The biggest one was Air BnB. I had secretly planned this surprise for my bride for a long time, and I was able to snag a beautiful apartment not far from where we spent our first two years together near the Luxembourg Gardens at the top end of St. Michel.

It was a tidy sum for such a location.

I surprised Kathleen while she was still in Ireland with my daughter on a long-planned trip to research her family roots.

“How’d you like to meet me in Paris Wednesday?” I sprung on her a few days before her Ireland trip was over. It was a wonderful moment for us both.

I’d been careful to buy her an airline ticket to Ireland that was mostly refundable, so that she wouldn’t suspect much. I canceled her return for a meager $175 penalty and applied the proceeds to the ticket from Dublin to Paris. I had enough frequent flyer miles for my own roundtrip ticket to Paris and her one-way home.

Brilliant plan. Even the weather looked superb! France remained pretty restrictive regarding Covid, but it wasn’t at all unmanageable. Then …

…in the routine antigen testing required for my daughter to return home and my wife to continue to France, Kathleen tested positive.

They both had coughs and runny noses, but it didn’t impede them a hoot from 12-hour days of sightseeing all over the country. Both figured they caught colds during the celebration in a bar in Kilkenny on St. Paddy’s Day!

My wife hunkered down in Dublin until she could test negative. I decided to join her.

I changed my flight to Paris to Dublin. Her ticket to Paris was nonrefundable. I had to rebank my miles with United for $75 and another $75 to American for rebanking miles, and had to accept terrible connections to get to Dublin right away.

Kathleen and my daughter intentionally ended their Irish trip at Dublin’s best hotel, the Shelbourne, because two generations ago it was Kathleen’s family’s town home! Now that she had to self-isolate we didn’t want to change hotels. Pretty expensive daily costs ensued.

Had I insured her with the new “travel accommodation bundle” these costs would have been refunded by the insurance company. But we had never insured ourselves, and frankly the costs of the trip’s basic insurance that lets you qualify for the bundle add-on were only slightly better than what we ended up paying out-of-pocket.

The credit card I used for the air travel supposedly covered us for “unexpected cancellations,” but the battle with them has just begun. We’re currently arguing over the terms as applied when we first set up the card to the current terms and when those changed to avoid covering us.

These battles are time-consuming. EWT clients back in March 2020 should have been refunded their airline tickets immediately without question. The airline made the cancellation and that’s simple law all over the world. Travel that you’ve paid for, and which is then not delivered, is 100% refundable.

But it took us months and in several cases more than a year to get those tickets refunded. In the case of Swiss and Lufthansa we had to file DOT consumer complaints. The money was finally refunded about a month after the EU bailed out Lufthansa and Swiss, the same way America bailed out its major airlines.

But the SuperHost of my Air BnB in Paris, who owns 15 properties in and around the city, is not big enough for a government bailout. He was extremely polite and sympathetic. He offered to “make me a deal” if we wished to book later, but there was no possibility of postponement the way EWT safaris were postponed. It’s a dead loss.

I stuffed my suitcase to Dublin with quick tests. As with each day that ensued I tested negative. Each day Kathleen’s solid “second line” on the test strip affirmed that she was still transmissible.

Her “second” line – the positive one – was very, very, very faint. Now I’ve gone through four different quick test companies and they all caution the user that a very faint line is still a positive line. Nevertheless hope drove us and we kicked into action.

I ran to the nearest EU Digital Certificate site and by 10:15a was tested. We booked Kathleen into the very last test of the day, 5:55p at the Docklands. I was negative and we spent the day sightseeing. After her test we walked back to the hotel, opened our laptops and she was negative! In 30 minutes I booked new frequent flyer flights home – connections of course, but homewards bound!

No, you don’t get your money back especially during Covid. If you’re clever enough to postpone bookings you’re in a small fortunate group of travelers so do it! If you routinely buy travel insurance be sure to add the “travel accommodation bundle.” And double-check which credit card is going to give you the best backstop.

How does all of this reflect us as individuals, as citizens? I’ve got a few thoughts about that coming up in the last part.