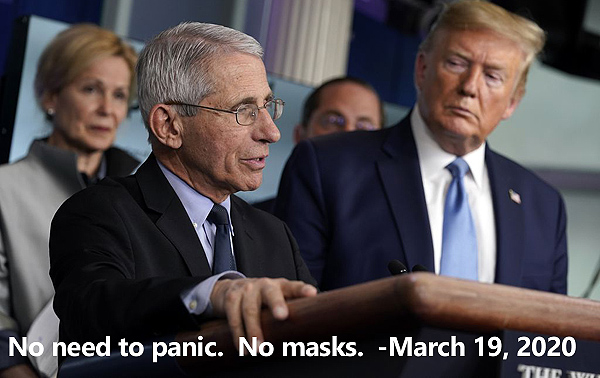 We want an answer, now. Right now. Is it safe? Is Covid gone, or under control enough. Replace “…” above with anything:

My answer to my question, “Is it safe to go to Africa?” is “Yes.” No matter what? No. As safe as before Covid? Depends on where and when you’re going.

As the word “safe” gets whittled away like that with more and more qualifications I realize it’s discouraging a lot of people from traveling to Africa. But honestly it returns us to nothing different than what it was before Covid at least as far as traveling to Africa is concerned.

I think it’s probably the same for whatever you ended that question with. I’ve never gone to Yoga classes. We no longer have children in school, but yes we have gone to see a movie recently.

What I know best is my own business, traveling to Africa, but if you read this series of articles you’ll learn that I really do believe there is a general answer to almost all our questions about safety vis-a-vis Covid. I think there is a common set of facts and rational understandings that will provide the same answer to divergent questions like “Is it safe to go to Africa, now?” or “Is it safe to return to Yoga class?”

There’s a lot fewer diseases, today, in Africa. Equatorial Africa suffers more from floods than droughts in this new era of climate change, and almost all the countries are more stable.

“Is it as safe to go to Africa now as before Covid?” Yes. Just like before.

But I’m an expert on Africa not Ireland, and Ireland was where Kathleen and I wanted to go in the summer of 2020. Our business is travel and our time is heavily devoted to guiding and escorting. But we, too, have travel wishes of our own and an important one was my wife’s growing desire to trace her roots. Those roots led to two main places, South Africa and Ireland.

We’d been to South Africa often but not Ireland, so Ireland was a priority for us. The first opportunity was the early summer 2020 just before I’d be guiding Alaska. 2020 was a full year for EWT. Eight safaris alone in the first three months.

Our last safari returned from Rwanda and Kenya on February 25, 2020. They had a fantastic time.

Then, in a ridiculously short span of hardly two weeks the world became almost unrecognizable.

In hindsight I was hoodwinked by a Trump administration that I knew was bad but that bad!? Fauci and all the others who I still had trust in were in plain sight. “Don’t panic,” was the message; well I’d heard that plenty of times before and it was always good advice.

But it wasn’t good advice. I was supposed to guide 16 people to Kenya and Tanzania starting March 15, and my ticket was for March 8. That would begin my season of several safaris and then I’d return in late April before the summer season approached (and our special personal trip to Ireland).

My clients seemed anxious, but there were a lot of first-timers and they were always anxious. Didn’t I think we should worry about this Covid thing? I consulted former clients who in fact were actual medical experts, one a CEO of a major US pharmaceutical. These were folks who had risen to the very top ranks of the CDC or business. I was assured that Covid was nothing more “than bad flu.”

Three days before I was supposed to walk into a plane in March, 2020, Kenya closed its airports. My medical expert friends might have though it bad flu, but Kenya didn’t.

Was Kenya just overreacting because its public health system was so much less developed than our own?

The phone rang off the hook at EWT: ‘Do I get my money back? What do I do with the airline ticket? Will insurance cover it? If Kenya closed the border how can they keep our money?’

Before we could even begin researching these and dozens of other questions I was hoodwinked, again. My “experts” assured me that the virus would be gone in a few months. So I scrambled with the African vendors to postpone safaris to May or June. Was anyone interested?

No. General panic as far as traveling had ensued. How about postpone for a year? Lots of interest in that by those who didn’t have insurance.

I didn’t have a moment to ponder our own summer trip to Ireland. I had to take everything step by step. The summer safari season which for EWT began the end of May wasn’t an emergency yet. So neither was Ireland for us personally.

By the end of March the spring safaris were in total chaos, yet our clients scheduled for as early as May were still routinely paying us in full. My July Alaska grew two waitlists.

That made me think of our own trip to Ireland, again. Our travel other than for business was always so tentative that we often paid just a few days before we went. But July was the highest of high seasons in Ireland. If we didn’t lock in our hotels, where could we stay? Our airline tickets were also pending.

Then a real thunderbolt struck on March 19, 2020. Travel insurance companies started issuing the extremely unusual industry-wide determination that any policy issued after March 19 would no longer cover Covid events. In their jargon:

“Covid can no longer be considered an unforeseen event” that is likely to disrupt, destroy and cancel everything. (The unquoted remarks are my own.)

Wow. They’d still cover terrorist kidnappings and world or civil wars and earthquakes and planes crashing… but nothing caused by Covid.

After Kenya and South Africa closed their airports many EWT clients who were uncovered scrambled to buy insurance. But even before March 19 they couldn’t get onto the travel insurance websites which were crashing. About 40% of EWT clients were uncovered. So while March 19 was the announced cut-off date, it was effectively earlier, around the same time that Kenya closed the Nairobi airport.

Sorry, Joey. You waited too long.

Meanwhile did anybody you know get sick? We didn’t know anyone, yet. But then good states like New York and where we live in Illinois started publishing hospitalization data. My daughter lived in New York. Things were getting serious. Italy came apart at the seams with sickness.

Panic ensued. My wife is immuno-suppressed, an adjective few of us could say properly before the pandemic. So I was the one who went to the post office and bank and grocery store. Our downstairs closets were soon stuffed with toilet paper and soap.

When I came home from the store I turned the garage into a decontamination room, setting everything on tables then wiping them with alcohol strips. Then I took of my clothes, raced into the shower and bathed like never before.

I guess we weren’t going to Ireland.