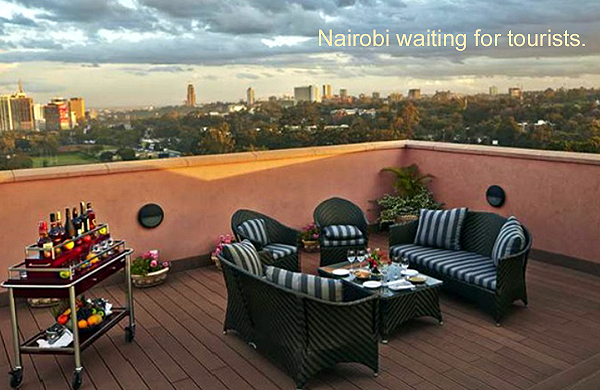 Strict government actions in Africa to protect the population against Covid-19 make America’s actions look like a slap-on-the-wrist. Who’s right?

Today America errs on the side of economics over optimal minimizing of the infection. It’s absolutely the reverse in Africa. Is this just a difference of perception? Or morality? Is it a realistic debate over long-term well-being? Or something much more insidious, such as the personal well-being of our leaders?

From Kenya to Nigeria to South Africa lock-downs are severe. International airports are closed to all passenger traffic, and the “privileged” are being treated little different than those in the slums.

One established business woman in Kenya, for example, has retold in excruciating detail her journey of escaping Madrid before it got too bad only to be locked-down in a quarantine camp in Kenya when she finally got home.

America’s economy is both much larger and more precious than in the other places mentioned above. That alone might explain why we err on the side of economy more often. We have more to lose and we’re more dependent upon the wealth that renders our comforts and security.

Historians have pretty good statistics for the deaths caused by the Spanish Flu. Kimberely, South Africa, for example, is certain that 8.9% of its population died of it, almost all in the second of the three waves in March, 1918. That was the worst case city in South Africa. In contrast America lost about 675,000 from a population of just over 100 million: 0.7%.

So with a pandemic the numbers are turned. South Africa is a dozen times bigger.

So it’s no surprise that African leaders believe the 1918 comparisons will be preserved, today:

When it’s all over, America will have sacrificed a much smaller percentage of its population to the virus even while simultaneously aggressively protecting its economy than any of the countries in Africa.

This, then, is the reason African governments are implementing stricter measures. If they persevere it will probably minimize their catastrophe, the difference between what they suffer and the developed world.

Americans have more to lose because they have more. The complicated issue of “opening up” even though significantly muddled by partisan politics in the end will likely reflect what American culture deems is the greater good.

The same is true for Africa. The incredible suffering they are right now enduring in their suffocating lock-downs reflects not just what their privileged classes want but their countries as a whole.

The cold balance between economy and life will probably be exactly what the vast majority of citizens around the world want.

This doesn’t mean that both the developed and developing world couldn’t do better. Both could pursue their fundamental strategies in much better and more humane ways. Both are hamstrung by our current hyper-rightest world order.

Fortunately, though, their failings don’t yet seem to have yet mortally wounded the ubiquitous march to the greater good.

Stay safe. Be patient and work towards a less catastrophic pandemic the next time around.