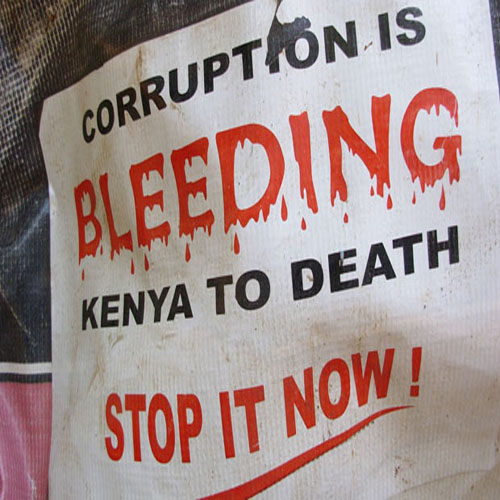 Africa remains the most corrupt continent, according to a report released today by Transparency International (TI).

Although Africa’s 54 rated countries represent just less than a quarter of all the countries in the world, Africa’s countries make up more than half of the most corrupt.

TI’s list and voluminous explanations were released today. Technically the list ranks “transparency” as defined by a complex compilation of surveys and parameters. But in a nutshell, it ranks corruption, and TI in fact refers to the indices as CPI’s or “Corruption Perceptions Index.”

TI’s executive, Alejandro Salas, explained to Reuters today that what the index shows best is the implementation of good policies to fight corruption. Many countries have good policies, but many fewer actually implement and enforce them.

Kenya is the quintessential example of this. Despite adopting one of the most progressive constitutions in the world last year, it has proved unable to implement those parts that fight tribalism, nepotism and corruption. Kenya remains stuck in the bottom quarter of the world’s most corrupt nations.

Changes in ranking from year to year reflect not just that own country’s standing, but the standing of the world as a whole. If the whole world becomes less corrupt, then those countries that haven’t changed fall in the list.

In the Reuters interview Salas said there was no significant change in the last decade in the world’s overall corruption except … in Africa, where it has increased although slightly, (and in Central America where the increase in corruption is greater than in Africa).

In the actual incremental changes, 24 African countries improved, 20 declined, 9 stayed the same and one (South Sudan) appeared on the list for the first time in 2013.

The ten most egregious African countries are (in order of least to most corrupt) are Zimbabwe, Eritrea, Chad, Equatorial Guinea, Guinea-Bissau, Yemen, Libya, South Sudan, Sudan and Somalia.

Botswana remained the least corrupt and continued to occupy the most favorable rank of 30. (The United States is ranked 19.) The next 9 least corrupt countries in Africa were Cape Verde, the Seychelles, Rwanda, Lesotho, Namibia, Ghana, Sao Tome & Principe and South Africa.

But there’s much more to the story. Rwanda may indeed be relatively transparent, but it is a horrible dictatorship. It just doesn’t pretend to be anything else.

While Americans tend to pooh-pooh anything that suggests they aren’t at the tip top of any ratings, I think that wise Africans take this annual ranking very seriously.

“Kenya’s score has remained disappointingly low and stagnant over a long period of time. Evidently whatever efforts that have been put into the fight against corruption have borne little results,” said Samuel Kimeu, Executive Director of TI-Kenya.

“The country’s little-changed score,” South Africa’s Times Live opined this morning, “could be attributed to the level of outrage expressed by the public in the form of service delivery protests and eagerness to report corruption to independent civil society-based organisations.”

TI doesn’t report angst, just corruption. Over my life time I’ve seen a great increase in angst especially among Africa’s youth. There is a feeling of shame, a feeling of outrage, that didn’t exist before.

So we wait anxiously for the mobilization.