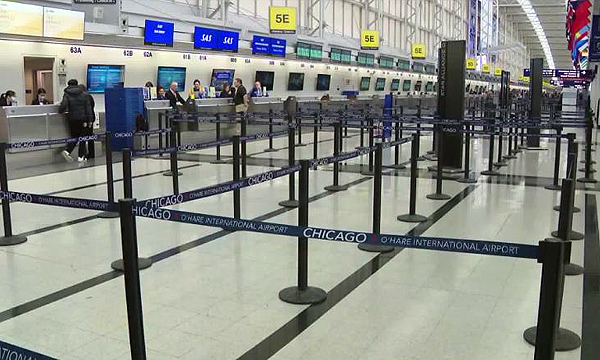 Travelers generally come from privileged classes so it pains me to talk about the unexpected suffering attending travelers, today. But that’s my job. It’s where my life’s been anchored.

Airlines and travel insurance companies are screwing travelers royally. In fact, they’re abusing them. Most larger non-American airlines unbound here by the stricter regulations constraining them on their home turf are exploiting the disastrous incompetence of our government to wave American passengers off with the finger. It’s turned our industry into a pack of thugs.

No surprise. The rightist agendas of so much world politics have suffocated morality. It’s devolved into get-whatever-you-can, and that horrid reaction is facilitated – even encouraged – by Trumpian politics.

So set that into the first real global crisis to beset Planet Earth and the capitalists eat themselves alive and only the authoritarian regimes seem able to tame it with the smallest of humanitarian considerations.

OK, back to the topic.

First, it’s clear that airline employees and numerous small subcontracted businesses are actually the first and most severe hurt by an economic downturn, not the privileged travelers they serve. I understand that.

But the analysts, marketers and managers of these companies are the last to hurt. They can wait for the sizeable bailout coming from governments worldwide and ironically it’s one of the reasons right now that American airlines are being fairer to American consumers than non-American airlines.

There are about 750,000 people in the United States employed by American airlines. There are almost four times that many (2.69m) in the insurance industry. Half of all of those are being prepared for immediate layoffs pending the current stimulus bill. Ironically, work in the insurance industry will explode, but so will company defaults and that’s why employees will still be let go.

So yes, the number of employees in those two industries rivals a good hunk of privileged American travelers, but frankly they’re both in the same boat: sinking with capitalism.

Obviously I’m not familiar with every travel insurance company. But I can tell you what EWT and my colleagues are receiving constantly as feedback from our travelers:

Nothing associated with the coronavirus – including country closures, bans or airline cancellations – qualifies for an insurance claim payout.

“Trip Interruption & Cancellation” is narrowly limited to matters of health and a few other arcane matters. Some contracts extend coverage to strikes and civil disorders but none to a pandemic.

South Africa banned Americans from entering the country. Africans see as Americans don’t yet that America is quickly becoming the epicenter of the pandemic, so it makes sense for them to do so.

So if you had a trip starting in South Africa, sorry. But that doesn’t meet the criterion for an insurance claim.

Kenya has advised all Americans arriving that they will be quarantined for 14 days. Some insurance contracts provide trip interruption compensation if the covered is quarantined, but not trip cancellation insurance just because the covered knows that they’re going to be quarantined so cancels the trip to avoid it! Isn’t that just absolutely remarkable?

Because of Kenya’s strong action Kenya Airways has suspended its flights from New York. No, that’s not sufficient even for passengers who had a ticket on those flights for a claim, either.

The House Oversight subcommittee on Economic and Consumer Policy tried to hold a hearing on this scandalous disregard for reality, but the bigwigs in the travel insurance industry refused to show up.

“The Subcommittee is concerned that your policy to deny reimbursement to consumers who choose to refrain from travel to protect themselves, their families, and their communities may worsen the coronavirus pandemic,” chairman Rep. Raja Krishnamoorthi (D-Ill.) explained.

I think I watched the first airline ticket ever written by EWT in 1973. Back then it was hand-written. Over the years the technological methods for writing a ticket changed so much we don’t actually “write” a ticket anymore or even print it out on a computer. It’s all electronic.

But the basic rules of buy and sell never changed … until now. You paid some money and got confirmation for your flight from Chicago to Amsterdam at 5 p.m. on January 16.

If the airline cancelled that flight, you were given the choice of trying to reorganize flying on different airlines or by connecting somewhere else for no additional cost … or you could say, No Thank You, give me my money back. And you got your money back.

Last week that nearly half century of basic rules – many times codified in legal contracts between all the buyers and sellers in the chain including the passenger – ended. Full stop.

It started with Swiss, moved on to KLM and now across the board through all the non-American airlines. Passengers will not get any refunds even after the airline cancels that passenger’s flight.

So we now have contracts torn up at will. A hurricane of civil suits looms over the local courts and I’m sure if it ever does get litigated fancy lawyers will point to the total reversal by the Trump administration of Obama’s European-like rules.

But it’s not even going to come to that. By the time the first suit gets to court Swiss or KLM will declare bankruptcy, an art actually refined by American airline companies.

So there you have it, folks. My industry is tearing itself apart. I worry most about my guys in Africa, but the tsunami of unfairness hitting the traveler who ultimately supports them is probably more worrisome. How can any traveler approach his bucket list now?