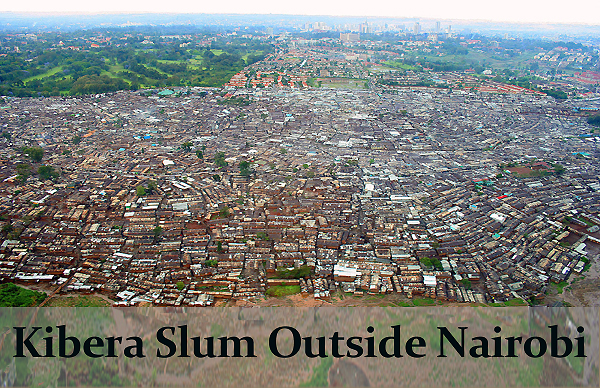 South African police and military are enforcing one of the strongest shelter-in-place orders in the world. Airports, rail, buses and all borders are closed. The country just exceeded a thousand cases and two deaths.

Two thousand miles north, Kenya has 31 cases and one death. All international flights are banned and police are rigorously enforcing physical distancing and a dusk to dawn curfew. Are these locally draconian policies proportionate to the threat?

Yes, and I’ll explain why, and as I do recognize how stupid some of America is acting.

As with China westerners are skeptical of the numbers coming out of Africa, but that reflects racism as much as circumspection. South Africa has an excellent if horribly insufficient health care system, so there is little reason to question its numbers. Kenya is another story, and the Kenyans in power know that.

South Africa until recently actually had available a greater per capita testing for the virus than anywhere in America. They managed this by accepting wholesale tests from W.H.O. and China, and to be sure, some proved faulty. But enough worked that they could compile a more contemporaneous reality than America was able to do until just a few days ago.

We should learn something from this. As much as I trust Anthony Fauci, his earlier explanation as to why we didn’t accept wholesale tests from abroad is either worrisome rationalization or, more hopefully, a ploy to remain unfired.

But it was wrong and just one of many steps of malfeasance consciously propitiated by administration underlings. Get this clearly. This was not denial, like much about climate change. It was evil compromise of the greater good for personal and cabal gain within the increasingly smaller dark circles of the White House.

The fact that Kenyans in power understand that they just aren’t developed enough to garner the data South Africa can is noble enough.

Both Kenya and South Africa have settlements of underprivileged whose density and size would have been unimaginable a few decades ago. The latest good figures are about six months old: Nairobi’s six slums which surround the modern city have 2½ million people. Kibera is the densest with 200,000 people living in one square mile.

“The average size of shack in this area is 12ft x 12ft built with mud walls, a corrugated tin roof with a dirt or concrete floor. The cost is about KES 700 per Month (£6). These shacks often house up to 8 or more with many sleeping on the floor,” according to an advocacy group in the U.K.

The South African settlements are the pesky remnants of apartheid, ever the most volatile of political topics in the country and enshrined in its constitution as the first problem to remedy.

Khayelitsha is the largest settlement in The Cape with a population around 400,000 which is very close to Cape Town’s 430,000 population. Not as congested as Kibera, it’s about 15 sq. miles large. Still, as the spokesman for the country’s settlements nationwide said yesterday, “You can’t stop the virus while living in the mud.”

Physical distancing is impossible. Diseases like cholera or flu sweep through these settlements annually wiping out 5-10% of the population. With so much disease ever present it’s nearly impossible to know if coronavirus has already settled into the population.

What is known about Covid-19 is that it is one of the most contagious viruses ever known. Leaders in both Kenya and South Africa know that if it is as virulent as it is contagious, massive sections of their populations will be wiped out.

Little by little we’re learning that Covid-19 probably isn’t as virulent as contagious, or more correctly, that the healthier do pretty well getting over it. But the compromised seem more vulnerable to Covid-19 than to other viruses like the flu.

It isn’t even known in either Khayelitsha or Kibera the baseline health of its residents so to risk the worse in these situations is simply unacceptable.

At least for any Kenyan or South African. Possibly another story for some Americans.