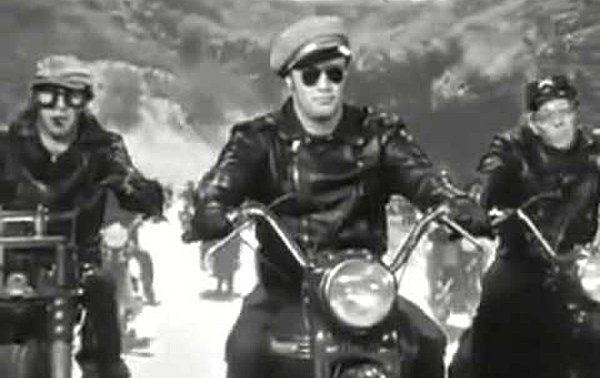 “This sounds like something we’d be talking about in an underdeveloped country,” the Mayor of New York said today.

If I attributed that remark, as any good journalist would, even some of the fairest liberals would hesitate and wonder if it were “political” or “biased.” And we’d never get to the point of whether it was true.

If you as the reader were diligent enough to track down that quote to when and where it was made, in the bed of a bunch of very angry intellectuals all securely Democratic, many of you would recoil worried that bombast had eclipsed reality.

Then we’d discount the next remark, “Thousands will unnecessarily die.”

In the following nanosecond by which we calendar our lives today, thousands wouldn’t die, and then we’d mark the speaker as inflammatory and forget entirely what he had just said.

I always knew there was a reason that even as a reactive little boy I was inexplicably drawn to Africa. Now an old man I finally understand: at its soul America is Africa, and that’s so troubling. Africa’s tribalism inhibited its becoming developed. Developed America inhibited its tribalism for long enough to become the world’s greatest power, intellectually as much as anything else.

But something released that immorality from our soul in my life time. Today America’s tribalism has put the brakes on its greatness. I know something about tribalism. It’s not easy to deal with, and once in place it seems eternal.

A new poignant argument has emerged in America as it burns with fever. Do you stick with what you know, even in perilous times, no matter what? In the worst week imaginable from my tribal perspective I watched Trump of the Other Tribe lager his supporters so unbelievably that now 55% of the country approves of him.

Is America going to burn to death in its own Alamo, I wonder from my tribal corner?

Are the naysayers trying to wrest control of my hard-won happiness, the Other wonders from her tribal corner?

Truth ultimately bears out. So, yes, America is behaving like an underdeveloped country right now, and because it’s doing so, thousands will unnecessarily die.

But as remarkable as it sounds, that doesn’t matter today to 55% of America!

There’s a reason we fear Artificial Intelligence. It’s devoid of morality. It’s sole object is its mission, and if the mission is wrong, the intelligence doesn’t care. We used to think of intelligence as something moral. That’s no longer the case.

America is divided into two tribes: the Intelligent and the Ignorant. I take no pride in identifying myself with the Tribe of the Intelligent, because my tribe failed miserably over my life time.

Power brokers succeed at the line which divides our two American tribes, cleverly playing them against one another.

Trump is not intelligent but he is manipulated by very evil members of my tribe. They want to enslave the Ignorant so they use one of the champions of the Ignorant to do so.

“There are millions of masks, tests, etcetera,” didn’t come from a script, but they couldn’t have written it better because it was abject lying! The Ignorant thrive without truth.

Evil begets evil. When the evil Intelligent got hold of power, the weaklings crumpled to their knees. The Grahams and Collins, the Buffets and Zuckenbergs all collapsed in sycophantic survival.

The lengths at which the evil in my tribe will go are demonstrated by our current health crisis. Lives matter less to the Intelligent than the Ignorant, perhaps the greatest cultural failing of my tribe.

So thousands will die in America who would not die if they lived in South Korea or Canada. It’s that simple, but it won’t matter. Because the really evil members of my tribe, the Intelligent, have tamed the Ignorant … with ignorance.

As critical as I am of my own tribe, I can’t shed it. It’s so much the same as a clear-thinking, empathetic Kikuyu unable ever in his life time to give tiny advantage even once to a Luo.

There’s something diabolical in the human soul.