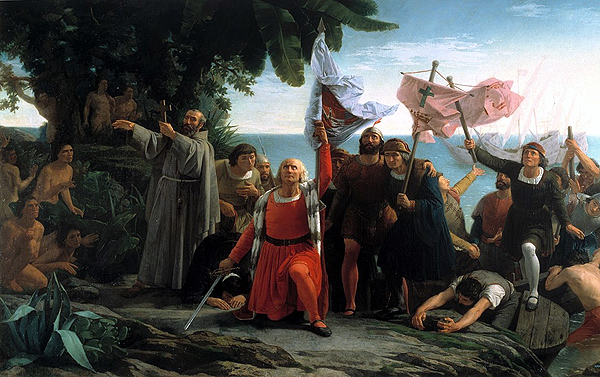 Today is the Columbus Day federal holiday in America.

“Columbus Day” puzzles many of my African readers. After all, Columbus didn’t land in America but in the West Indies. So it seems a fickle holiday in a country that’s known not to have that many.

Many Americans are as puzzled as Africans and recently a movement among larger American cities is growing that would change “Columbus Day” to “Indigenous Peoples Day.”

The idea began in Berkeley, California, where it has been the law since 1992. But there it sat languishing until just a few years ago when Sacramento, then Minneapolis and then Seattle also adopted the new orientation.

That started a trend. Today Washington, D.C; Hawaii, South Dakota and even the deep red state of Lousiana have all made the change.

Today, regardless of what the day is called depending upon where an American lives, almost all government services are suspended. Schools are closed, all banks in all states must be closed, and there’s no mail delivery. The holiday was proclaimed in 1937 on the 400th anniversary of the arrival of Christopher Columbus into the Americas.

Many large cities including New York have huge parades. Over the years the celebration in New York has taken on an ethnic tone, showcasing Italian heritage.

Many of us in the MidWest take short road trips to country house BnB’s and tiny towns to enjoy the fall colors, because the holiday traditionally marks the end of summer and the start of dreary fall with the certain coming of a frigid winter.