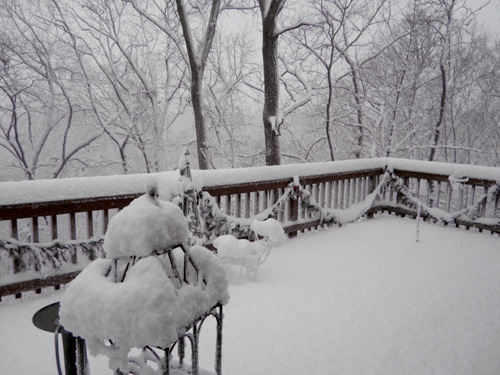 In Africa the effects of global warming have resulted in more droughts and more floods, extremes in weather, with rainy seasons and dry seasons often shifting through the calendar.

At my home in America’s Midwest, a half world away, climate change has also been severe. Droughts and floods have seriously impacted the farmers of the area, and snow falls are as often blizzards as simple winter storms.

This was the case last week as depicted in the photo above. For an entire day it was not possible to leave my home, because despite having a good 4×4 car, the roads were packed too high with snow. It took road workers nearly two full days to clear all the roads.