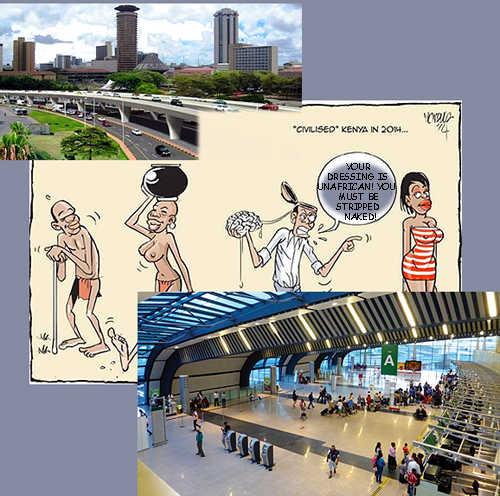 The developing world might be developing too fast: Its super-development is terribly flawed and in as few as ten years everything being built now might collapse.

To understand this premise you’ve got to grasp how quickly things are developing in the emerging world, today. The already iconic internet example is from China, where a 57-story skyscraper with 19 atriums, 800 apartments and office space for 4,000 people, certified earthquake resistant, was completed in 19 working days!

The previous record was a 30-story skyscraper opened for use in 30 days, also in China.

Today a 60-story skyscraper in the U.S. normally takes 2½ years of construction from ground-breaking to open-for-use.

The Chinese records are ever so bit exaggerations, because in these two cases each floor was prefabricated and basically inset level by level into the exterior frame. But even so they represent remarkable feats.

Unless, of course, in ten years they fall down. It seems to be happening already.

In many cases it’s simple corruption, as with the collapse of the important Ugandan Katuugo-Kaweweta road only months after it was newly rebuilt.

Journalists discovered that the money for the project was massively diverted into the pockets of officials. While low-level corruption like this continues to plague much of the developing world, the more sinister prospects for new infrastructure collapsing is much more complex.

There seem to be two main reasons to expect the developing world’s infrastructure to collapse prematurely:

First is the simple notion that haste-makes-waste. The demand for new infrastructure in the developing world is unbelievable, hard to imagine by us in the developed world:

“The world is moving from agrarian to urban at a startling pace,” Michael Bloomberg wrote recently.

The second reason, though, is more subtle and more sinister.

“Urgent demand [for infrastructure] is already overwhelming adequate risk management and urban governance capacities,” according to a senior manager at the Institute for Sustainable Communities and former Director of the Clinton Foundation.

Today when a new interstate is built across America it is laid with exquisitely new technology that in many ways builds upon the old road that it lies over and replaces.

There is no old road being built over by the new highways in the developing world, but they are still being built with new practices and materials and high-tech engineering.

Modern buildings pose a similar problem, not because they may need the foundation of the older building, but because the inputs of water, electricity, internet and cable, etc., require that those fundamental infrastructures have already been built first. That’s simply not always the case.

The result is a mismatch that could prove fatal.

Lack of “governance capacities” is considered a liability that best not be admitted, and this leads to numerous projects being fast-tracked without adequate preparation.

“Kenya is building huge infrastructural projects [that] have been accompanied by malpractice in construction, land grabs, displacements [and] environmental degradation,” writes Kenya’s permanent ambassador to the UN, John Kakonge.

Finally because of the above red flags private investment normally attracted to these mega development projects is lacking. As a result many specialized projects that should be built by the better equipped and specialized private sector are instead built by less specialized and well-equipped government agencies.

This recipe for a disaster in the offing will not be easily remedied. Certainly head-on attacks on corruption will help, but the more sinister components of over demand and mismatching current technologies with historical situations have no easy solution.

It could be the world is just changing too fast.