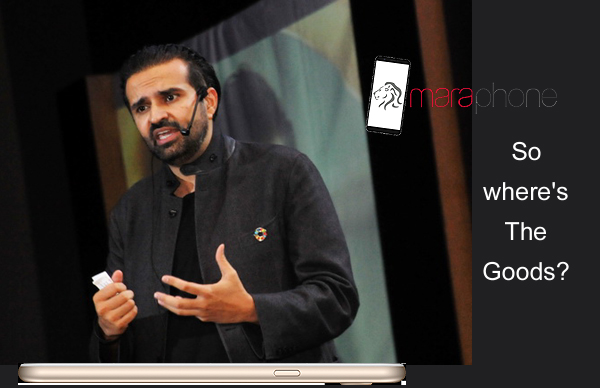 The long awaited “African Smartphone” had yet another “debut” yesterday when Ugandan billionaire Ashish Thakkar announced targeted investment in manufacturing operations in Rwanda and South Africa.

The much anticipated “Mara Phone” has seen one delay after another. Initially planned to be fully in the market by now, it’s most recent debut was last March. To great fanfare then Thakkar announced “2018 second quarter” availability. To date nothing has been produced. What’s really happening?

Only a couple years ago I was able to buy a smartphone in Uganda for $80. It worked OK but had very limited storage so could handle only a few apps at a time.

It wasn’t an African manufactured phone, but rather a pirated second-market Chinese device that Africans were loading up as they wished. So its operating system was Ubuntu, which remains one of Africa’s most popular open source systems. That may be the problem with Thakkar’s dream.

Originally Thakkar was going to use Ubuntu. It was a system originally developed in Africa and made sense if a truly “African phone” were going to be created.

But for some reason – either because it couldn’t drive a modern smartphone well enough or because it was open-source – Thakkar changed in midstream and announced a partnership with Google.

In fact at last March’s “debut” Thakkar proudly suggested that Google was actually investing in his venture and that the Mara smartphone would use Google’s Android operating system.

Nothing was said about the Google partnership yesterday. Recently Google announced that there would be no free Android partnerships. Oops.

We’ll see if the Mara phone ever really launches and using what operating system. My very speculative take on all of this is that Google is taking over the world, and Thakkar is reluctant to be one of its serfs, even as the months go bye and Ubuntu’s relative power weakens.