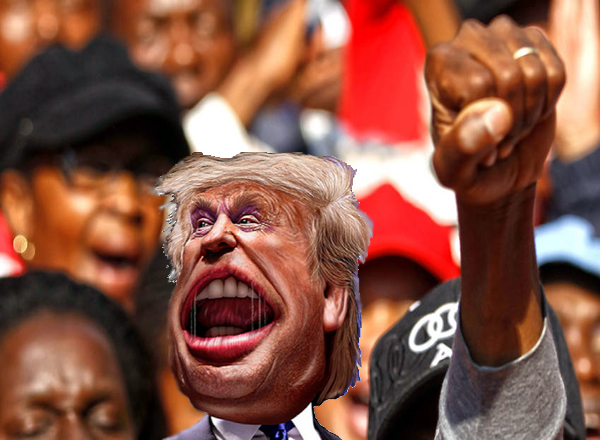 Jacob Zuma and Donald Trump are as different as the politics and societies of South Africa and the U.S. Yet the similarities make me wonder if we ought to watch carefully now what’s happening in South Africa as Zuma incrementally destroys the country he leads.

Yesterday the Rand ended a struggled recovery, the country’s bond status fell to the junk floor, there was yet another major cabinet reshuffling, the Deputy President of the country criticized the President, and Parliament began what in America we call impeachment.

Zuma flouts social norms like monogamy just as Trump disrespects women; both seem completely unbriefed on the matters of the day much less the principles and laws of their countries; both bestow and rescind allegiances willy-nilly; both are mired in ethics controversies and actual legal entanglements;

;both have multiple businesses that benefit enormously from their official government actions; both viciously divide the media between sycophantic extremes and “fake news;” both live personal lives that seems to include no sleep.

Yet they both flourish in populist support precisely for acting impulsive and dumb. They’re the slayers of the elite, flipping off the traditionally powerful. The common man just loves it while the remaining intellectual class ponders whether this is all intentional disruption.

So there are similarities. The greatest and most unique similarity is that if they were just a Senator or MP or governor or even just one teeny weeny step below where they are, Deputy President, they would probably be in jail.

But here’s the important difference: Zuma’s been the leader of South Africa since 2010, and he’s currently serving his second 5-year term. No, Goldilocks, the Big Bad Wolf never went away. In fact note, he was re-elected to eat you.

South Africa has been under siege now for 7 years in Zuma chaos. The suffering is palpable and significantly financial. But the country hasn’t imploded. It hasn’t yet nuked anybody, and despite suggestions to the contrary, it didn’t build a wall along the border with Zimbabwe.

South Africa’s still there. Gold and diamonds are still gushing out. The culture’s flourishing. The airlines are still flying. There’s actually more electricity than before. Education has ground to a halt, but who needs it anyway. The poor are getting poorer and the rich no longer care.