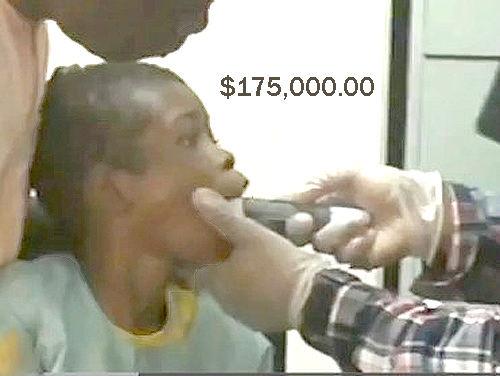 Almost a generation ago, John Le Carre wrote the block buster novel which became a film, Constant Gardener, about mega “pharmas” illegal testing of experimental drugs on witless Africans. Only a few years before publication, Pfizer has now admitted to having done just that in Nigeria.

Carre’s story focused on an aid agency physician driven to discover why his lover had been murdered: (She was about to become the whistle-blower against the pharma.) Carre’s story was more about deceit and corruption of British officialdom than the drug companies per se.

Pfizer announced in February that it would pay $75 million to victims and families of victims in Kano, Nigeria, who were illegally administered its never licensed drug, Trovan, for the treatment of meningitis.

Versions of the drug had been approved for use worldwide treating sexually transmitted diseases, but never for meningitis. Pfizer had been unsuccessful obtaining testing permits in the U.S. and elsewhere. So illegally and immorally, it began testing on African children.

Pfizer administered the drug to around 200 Nigerian children in 1996. Eleven died and scores others were paralyzed for life. Not long after the publication of Le Carre’s novel, suits were filed in both Nigeria and the U.S.

Pfizer fought the litigation tooth and nail, in both Nigeria and the U.S. Stateside the suits finally reached the U.S. Supreme Court, which in 2007 ruled that litigation in lower courts could continue, something Pfizer had fought for years.

The Nigerian government then announced it might pursue criminal charges.

This is exactly what Le Carre was writing about, and while illegal drug testing in Africa can’t be called exactly widespread, it is spread enough to be very, very troubling.

Two activists, Sam Burcher and Dr. Mae-Wan Ho, have spent much of their lives documenting illegal pharma testing in the Third World.

They broke the story of illegal testing of genetically modified rice serum in Peru by the California-based company Ventria Bioscience. They’ve also documented numerous illegal testing practices in India, and how drugs banned from sale in the U.S. are then sold to countries with less rigid regulation, mostly in the Third World.

Fired up by the Constant Gardener, a widely shown BBC Documentary, and concern by Pfizer employees in Nigeria that they actually would be brought to trial, the company rapidly moved in 2008 to close the issue.

Pfizer offered to pay the eleven families in Nigeria $175,000 each, a pittance by U.S. standards and a royal ransom by African standards.

Outcries continued until the final $75 million settlement in February, which also ended all U.S. litigation. Again, a pittance by American standards, an unbelievable treasure by African ones.

To date according to This Day in Nigeria, more than 3 years later, Pfizer has paid four families $175,000 each. That’s it. There is a building in the first stages in Kano which Pfizer says it’s constructing for medical research in the area, and which will cost $25 million. That’s it. Four payments to families and a shell of a new building.

According to Pfizer, the slowness of the implementing the settlement has to do with thousands more applications for compensation than is realistically possible.

Pfizer concedes. And so it’s requiring DNA testing to determine those individuals and individual families who truly qualify for the money.

This, of course, is nonsense. Unless the medical records have been destroyed (an offense under Nigerian as well as U.S. law), Pfizer should have no problem determining who is who.

Understandably, victims and their relatives are reluctant to allow a pharma to do anything with their bodies, much less something as suspect as swabbing the inside of your mouth.

And so the beat goes on. Big against small. Rich against poor. Clever against the simple, the exploited, the wasted and discarded. For a healthier planet? No, for a buck.