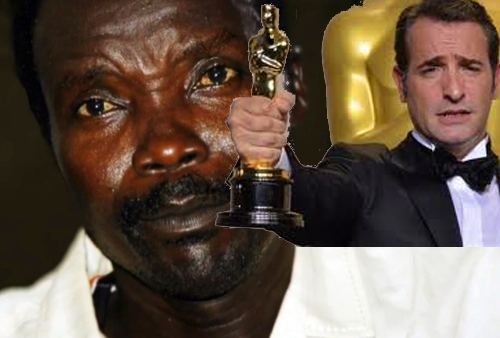 We in America can’t agree to increase taxes for better education or health care, but we can all agree to pay an extra ten million or two to obsess about a fallen Africa criminal.

The absolute farce with Invisible Children reached the otherwise empty halls of Congress this week. The viral YouTube video based on much false information, laced with syrupy emotive gimmicks, and which caused riots of disapproval in the country in which it was all supposed to have happened, brought America’s otherwise vicious opponents together in a marvelous Spring Love Fest.

Blood enemies Sen. John Kerry (D-Ma) and Johnny Isakson R-Ga) held hands before the camera and announced new measures to increase the bounty on criminals in Africa while Dept. Asst. Secty. Amanda Dory applauded herself, her country, her State Department and the world for having “significantly degraded” Joseph Kony’s murderous and barbarous crusades against humanity.

The man is probably dead.

They can’t find him.

“It’s a very challenging terrain in which to find a small number of needles in a haystack,” Dory said. She Kony is now in an “evasion and survival mode.” And then she delighted in explaining how Obama’s 100 special forces were pursuing the criminal through “through hanging vines” and “crocodile-infested rivers.”

I just can’t believe this. I can’t believe the 100 million saps who watched the Invisible Children’s video and the good percentage of them who then complained to their elected officials about this fantasy.

But I can believe the response by our elected leaders. They can’t pass a budget, but by god they’re going to send the calvary out after the bad guy, and what better place to pursue a figment of their imagination than the crocodile-invested jungles of deepest, darkest, dimmest Africa.

The power of fiction.

Click the video below to see Ugandans’ attempt to respond to all this nonsense. What the Ugandans want us to know is that the legacy of Kony, not Kony, is the problem. They need Sen Kerry’s bounty money to rehabilitate children, distribute grain seeds, provide counseling.

They above all know we don’t need 100 special forces at a half million dollars or more daily to pursue a man who might be dead, and if he isn’t, is long gone from the scene.

Correction, as I get rather emotional about this. Kony’s dwindling maniacs who probably number around a 100 is a horrible, brutal criminal gang that rivals the 1930s Chicago mob. With or without Kony, whether he’s a live or not, the left over gang has found an occupation that provided they can continue to buy bullets and machetes will continue some blood letting.

And just the thought of that continues even greater terror. I don’t mean to suggest anything Obama or a Green Beret wants to do to reduce the 100 to 90 to 50 to 10 isn’t a good idea. I’m just saying that in terms of the use of available resources, American money, I think the Ugandans have a better idea.