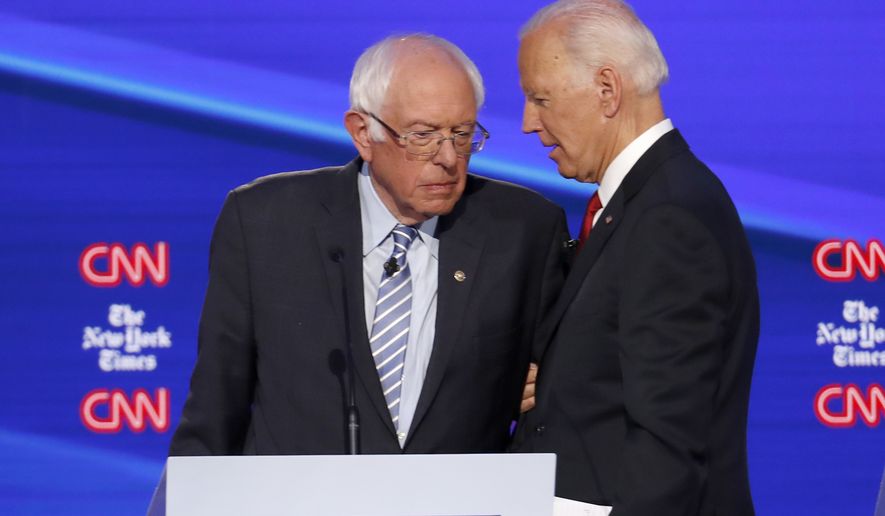 It goes without saying that a lot of the world and especially Africa monitor America for political and social trends.

South Africa especially is curious about Biden, because that was where Biden claimed untruthfully to have been arrested years ago. But all of Africa wonders what’s happening as a result of last night. Here’s my take.

Biden will be the nominee of the Democratic Party with a very good chance of beating Trump in the national elections. One plausible reason he won’t beat Trump is because the Democrats will be mortally bruised as they head into a very contentious nominating convention. The polar opposites of Sanders and Biden each control about the same number of voting delegates.

Biden is few peoples’ first choice, but there were a number of very different first choices opposing him which were unable to meld into a single candidate:

Sanders is the revolutionary. Warren is the almost-revolutionary. Buttigieg is young. Klobuchar like Biden is the establishment but younger. Bloomberg is a billionaire. All the foregoing survived an initial 20+ candidates because they raised enough money and had enough volunteers.

Now it’s down to Sanders and Biden.

America like so many places in the world is in political and social chaos. The issues are universal: the restrictive costs of education that keep the smart smarter and the dumb dumber, the power and security of the wealthy that increase income inequality, and great health care for the rich. It’s an unfair and immoral system. The information age revealed this fully.

Not even China is capable of the censorship of reality it might like to have. The truth gets out, and those who are likely to be hurt by the truth, the rich and powerful, found themselves boxed into a corner.

They’re only hope was to lie.

They created massive lies about “trickle down economics” and so many wars against drugs, terrorism and gangs, much less old style wars against nuclear arsenals that didn’t exist. They lied about better and equal wages while stopping a constitutional amendment that says so. They had preachers on golden pulpits instructing the poor bloke to tithe and be true to his wife while they hid the fact the preacher was a pedophile.

This is the spine of populism. Simple, shouting slogans. So they managed to blame-shift unto the less fortunate. It’s the reason the poor American bloke voted for Trump.

It’s also the reason the poor American bloke would vote for Sanders.

When I was a little boy President Eisenhower warned us of the “military-industrial complex.” He was the great general in World War II and the great Republican president that followed. But he knew the capitalistic horrors that the two world wars had produced, and he was so right.

Through my whole life time America has been in nearly constant war. Because as Eisenhower warned, war produces capitalist expansion. It reenforces the complex between the military and the industrial. It’s about as immoral as you can imagine, but it ossified the American Dream as a privileged gift.

The American Dream was no longer “do unto others as you have them do unto you” but dog-eat-dog greed. That’s a pretty easy contradiction to see.

So the poor bloke whose grandfather was a poor bloke and whose grandson is a poor bloke kept getting little bits from the government to keep him quiet, like a national health care system worse than Kenya’s or the “right” not to pay taxes so her kids couldn’t be educated.

The great system kept the poor bloke at bay for a long time, through wars and recessions and moon landings and climate change. Suddenly billionaires were a dime a dozen and there were countless millions uninsured and on the streets.

I’m not sure why — probably because of lots of things like climate change and the information age — the poor bloke finally had it.

Trump has seriously cracked systems – foreign service, regulatory, judicial and decency — but all pretty randomly because he isn’t ideological, just a megalomaniac.

So the stock market looks like a hula hoop in supersonic speed. Trade is grossly mismanaged. The national debt is unbelievable. One war stops by starting another. Lies and decency are commonplace. Farms are going bankrupt. More factories are closing.

The establishment didn’t want Trump’s mayhem, either. They just wanted conservative judges and no regulation. They sure didn’t want a situation where Sanders could beat Trump.

Real change, revolution, is never incremental. So the chance for real change is now gone in America, but at least America isn’t gone. It very well could have been with all those bad billionaires running everything.