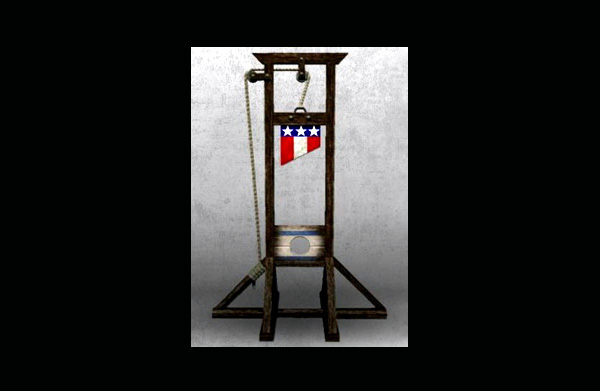 Germany’s Nazi party was one of the craftiest, most patient political apparatuses ever created. Unable to win a federal election outright it concentrated locally, slowly and assuredly consolidating national power until it was in complete control of Germany by 1933.

Nazis masterfully used democracy to end it. What’s happening today in America, Kenya, Zimbabwe, and many other places is a version of this with one critically important difference. The consequences of not recognizing this are as dire as they come.

This morning Robert Mugabe continues his 37-year reign of power. His rule has been affirmed more or less every five years by remarkably democratic elections. Mugabe always won because every viable opponent who came along was chased out of Dodge before the voting began. Their cars were blown up, their families harassed, their money disappeared from national banks. None of this was just. But the elections which then followed were free and fair.

Such manipulation of democracy works even when there’s a minority of popular support provided only that it’s strong enough. Just as the Koch brothers influence voting with powerful TV ads, popular support influences justices when interpreting law. Time and again the Zimbabwean courts have scrupulously followed the letter of their law – strict constructionists if you will – to keep Mugabe in power.

The fountain of support from which Mugabe retains his power are those and their children who fought gruesome wars against the white supremacists who had unfairly ruled them for several hundred years. Mugabe was the guerilla leader who achieved their liberation. They won’t abandon him easily.

Over the weekend Kenya’s Supreme Court concluded that its terribly anguishing series of two national elections finally “free and fairly” determined a leader. That would be Uhuru Kenyatta, the incumbent president, member of Kenya’s largest Kikuyu tribe and a political moderate, son of the country’s first president.

In modern history I doubt there have been many freer and fairer national elections than these recent two in Kenya. What does that mean? 60% free? 70% transparent? All elections have bits of evil distributing democratic errors into the process. Kenya’s opposition focused on those bits of clear evil and got its Supreme Court to nullify the first results.

The second election had fewer bits of evil than the first. That was clearly going to be the case well before the second election was even run. The enormous expense and additional bureaucracy that the country put itself through to refine the democratic process was unprecedented among free countries.

This reveals a major flaw in democracy. It only works when everyone votes.

Many countries led by the Netherlands all the way to Australia make it a crime not to vote. But the fine is small, the petty crime is inconsequential and easily countered with the argument that democracy which allows people to choose should also allow them not to choose.

There are many more growing, dangerous examples of democracy imploding. What goes around comes around: The democratic construct against Nazism, Germany, today came apart at the seams.

The critical difference between 1930 and today is the speed of communication and the consequent development of social media to influence our daily lives.

What happens in Germany or Kenya or Zimbabwe happens here and vice versa because human logic is universal and controversy is contagious. Kenyans are much poorer and much more traditional than Americans, but issues like the income gap and gender inequality hold equal resonance in both places. Robert Mugabe is a ruthless dictator but enough people love him to keep in power, just as Trump floats effortlessly above the capital.

What is the same today as 1930 is that so many people don’t realize how consequentially things are changing, or they just don’t care. Those lazily playing their Chopin far from the demonstrating crowds will be the first to have their heads chopped off.