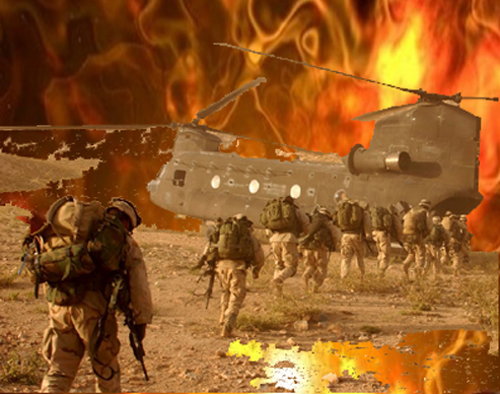 It’s Memorial Day in America, similar to the Remembrance Days celebrated in many parts of Africa.

America’s holiday is intended to honor the memories of U.S. soldiers who have fought our wars. Similarly, African Remembrance Days are usually in homage to freedom fighters for independence.

America’s Memorial Day honors all dead soldiers, so in that regard our own revolutionary fighters are to be honored, too. But it began as “Decoration Day” right after the Civil War, following a petition by recently freed slaves to honor the Union soldiers who had freed them.

After World War I, it was changed to “Memorial Day” and extended as an honor to all soldiers in all conflicts.

As a young boy it was a big red-white-and-blue festival. We decorated our little red wagons and bikes, just as we would hardly a month later for July 4th. And in those days we were remembering mostly the two Great Wars: defensive wars.

Since then my own personal regard for Memorial Day has diminished. The numerous wars my country has begun since the 1960s have been unfair and unjust. And with the end of the draft when I was in university, the military has changed radically. It no longer represents society as a whole.

Today, the military is composed either of young people who can’t get any other kind of job or who need the benefits once their service is finished, or avowed militarists.

Politicians today use the military not to protect our freedoms but to protect their positions in power.

I do stop during the day and think of my relatives in the Great Wars. I think of the way the country ultimately came together to fight world tyranny.

But that was all a long time ago, before I was born. In my life time, there is little in America’s wars to be proud of. They are mostly memories I wish I didn’t have.

I do empathize with the poor soldier, but I honor her/him no more than those who marched in Selma or the hundreds of thousands of unnamed heroes who still offer their lives for human rights in Baltimore and Ferguson.

So it is a complicated day with a much too simple name.