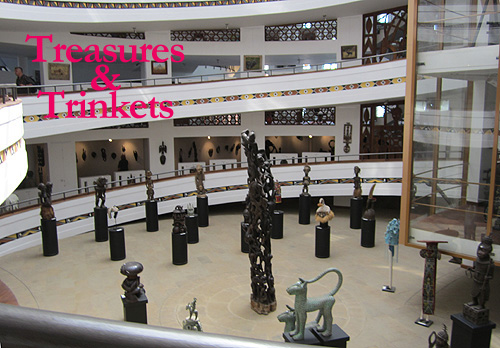 Even Arusha has its J. Paul Getty. As we ended the Tanzanian portion of our safari, we visited Cultural Heritage, a tourist landmark that may have done more for northern Tanzanian tourism than the paved road to Manyara.

Initially a curio shop, Cultural Heritage has finally fully embraced its name. Yes, you can buy most everything you see, but it has legitimately become an exceptional museum.

The enormous complex is the brainchild of Saifuddin Khanbhai, mostly known just as Saif. He doesn’t appear as much as he used to, but you’ll never get out of his site. He personally designed this behemoth building, personally welcomed Bill Clinton and a score of other dignitaries, and if he’s around, he still personally negotiates your Tanzanite purchase. 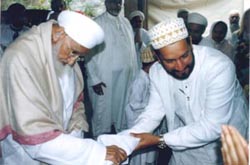 Saif didn’t have the wild life of J. Paul. He’s a devoted Ismaili, in fact a principal liaison with the sect’s religious leaders in Asia. His family traces its Tanzanian roots back to 1836, and the Cultural Heritage complex to 1976.

Then hardly more than curio duka, Saif’s vision for Cultural Heritage was a long time in the making. The first large reopening was in the early 1990s, when the little store became a very big store on the outskirts of the city. It was linked with the growing popularity of Tanzanite, and Saif’s family had interests in at least one of the only 14 mines near Mt. Kilimanjaro.

I can remember countless client purchases that Saif personally negotiated, but the one that sticks out most amazingly was a young Chicago lawyer who after choosing his gems questioned the value of Saif’s offer. 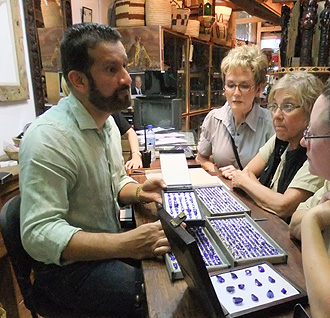 Saif took out a FedEx envelope, bundled up the jewels and put them inside. He handed the package to my client and told him to take it home and have it appraised, and then to either put the check in the envelope or return the gems.

The envelope came back with a check.

Today adjacent a huge store with precious antiques and modern curios, clothing, books and maps and virtually anything at all related to visiting and enjoying Tanzania, there’s also a restaurant and now a mammoth four-story “museum.” 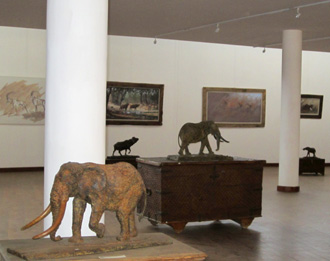 Much of the collection strikes me as priceless. Some of the deep African masks, chairs, parts of buildings, dhows and doors, musical instruments and ancient beaded work is extraordinarily precious and has been collected from far and wide. I’m a bit turned off, though, by much of the local stuff. Some of the amateur paintings that are displayed are pretty bad, though I do understand his desire to promote local artists.

But get past the local stuff into the heart of Africa and you’ll be absolutely amazed. And there is so much, so unbelievably much for this little city of Arusha, that you can’t help but be overwhelmed.

I’ve seen museum buyers often in the store, and I imagine it takes them hours to sort treasures from trinkets, but I have no doubt the sort is worth the time!