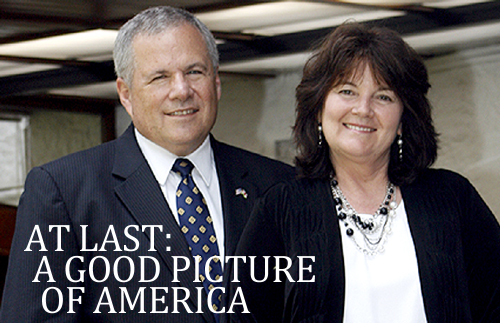 America’s new ambassador to Kenya is a brilliant appointment that ensures U.S. goals and interests while really helping Kenya move into the new era created by its new constitution. A win-win situation the likes of which were unknown before Obama/Clinton took over world diplomacy.

Like many of Obama’s better civil servants, Maj.-General Jonathan Gration is a disenfranchised Republican. (Best example, Defense Secretary Robert Gates.) Steeped in solid conservative traditions, he quietly moved away from the receding cliff that so many Republicans fell off.

The decline of the solid Republican Party gave Obama a real windfall of good folks. Gration was drafted into the Obama campaign early on as an African policy advisor and became our envoy to the South Sudan, where he did yeoman’s work that seems to be paying off.

Gration just replaced another fabulous ambassador in Kenya, Obama-appointed Michael Rannenberger, who like many diplomats worldwide was forced out because of embarrassing classified remarks exposed by Wikileaks.

And as should be the case of all diplomats, Gration really knows his assignment. He was born in the Congo to missionary parents. His first language was Swahili. He rose in the military as a security/terrorism expert. There can simply be no better replacement for Rannenberger.

During the Bush years diplomats were appointed usually as party favors, literally. TV personalities, big time donors and other celebrities drove the art of diplomacy into the realm of country clubs.

I remember Sam Fox’s appointment to Belgium, a man incapable of tying his shoes much less working in the country that was the center of the EU. And he had almost single-handedly funded the terrible “Swift Boat Veterans for Truth” ad against Sen. Kerry.

That was typical of all of the Bush era appointments. The Republican slide that he oversaw believed international relations were mixed marriages to be avoided.

How wonderful things have changed.

Gration knows that no major policy changes are occurring with his appointment, and I think that both Kenya and those of us at home familiar with Africa are glad with that. Rannenberger was a stellar diplomat who really moved forward anti-corruption efforts as well as the implementation of the new Kenyan constitution.

I’m not familiar enough with the rest of the world, but if this is any indication of Obama/Clinton diplomacy elsewhere, we’re doing extremely well worldwide.