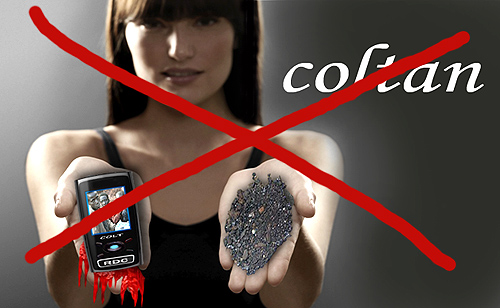 While beating ourselves up over whether Wall Street was too big to fail, the unceremonious application of the Dodd-Frank Act has slowly stopped hundreds of thousands of gruesome murders in Africa, aborted tens of thousands of acts of rape and child kidnapping. The Act has absolutely helped to end one of Africa’s most gruesome multi-generational wars. We really do have something to be proud of.

Technically implementation as regards Section 1502 has not yet even occurred. It is likely to be implemented after August. But the very process of publicizing The Act, requesting comments and holding hearings has so radically altered the economy of Kivu Province, that it appears the war is truly winding down!

Giant world corporations that funded Africa’s longest and most gruesome war have changed their policies. Sony, Intel, Motorola, HP have all publicly adopted new policies that either conform to what they expect the new rules will be, or moved in that direction.

I won’t retell the story or history. But for the full background see my earlier blogs:
Evaporize Goma!
and
We Won!

Essentially your cell phone and your kids’ PlayStations can’t work without minerals previously bought from warlords in Kivu who then used that money to murder, pillage, rape and kidnap Africa’s children to an extent never before seen in history.

The Congo Wars began in the 1980s and have lasted as long as I’ve worked in Africa. They have nearly totally destroyed one of Africa’s most beautiful, magical places. But maybe, maybe there’s just enough magic left to reemerge.

Last month 118 tourists visited Virunga National Park in Kivu Province in the eastern Congo. One of the first and earliest intrepid tourists wrote on the Lonely Planet forum almost a year ago:

“There is a lot of information floating around on different websites saying the Congo is a dangerous place to visit…. At no stage during my time … did I feel unsafe or threatened in any way or form… The villagers we met along the way were the most delightful and happy people you could wish to meet.”

The presumption of peace encouraged many NGOs to increase their assistance. German groups especially began funding the rebuilding of the national parks, in particular, Virunga.

It’s hard for me to imagine that Virunga will ever greet me again with the splendor of my memories there in the late 1970s. The jungle was unbelievably beautiful, and unlike the heat and humidity of the Amazon and Asian “jungles” I’ve visited, this is a highland jungle: cool and spectacular.

Billions of same colored butterflies, friendly and helpful pygmies, unnamed monkeys, okapi, and truly myriads of undiscovered bugs, plants, frogs… I have visited many of the world’s wildest places. This was the most beautiful.

“Last week our team of skillful roof engineers have started on the roof of the main building of the Lodge,” wrote the chief warden on Sunday of the lodge he is building in his new Virunga National Park. He set an ambitious goal of 200 tourists for next month!

And there was massive attendance at a community forum to help with all aspects of the Virunga wildlife region just on Tuesday.

A real sense of normalcy is returning to Kivu. But I’m not quite ready to schedule EWT’s first trip in 35 years to Virunga. The same park warden lauding his new lodge also wrote of ongoing attacks. He calls them “organized land invasions.”

The warlords who took Sony’s money were born during war. They know no other life. And they’ve morphed from international crooks into petty thieves, and as raw bandits they’re very successful.

But I’m watching the situation very carefully. A string of positive remarks from young, intrepid travelers last year seemed to end right around the time of the flawed Rwandan election, which makes sense. Rwanda politics is probably the single greatest factor in the stability of Kivu.

And the disintegration of everything that’s good in neighboring Uganda is more bad news. This week’s bit of trouble in the new South Sudan I don’t consider serious, but it distracts NGOs and other humanitarian organizations from their focus on helping the DRC.

And finally, the DRC has called for Kivu’s first elections this November. Amazing, incredibly gratifying if it’s pulled off well, and the single most hopeful sign I’ll be watching for. We can’t expect 40 years of brutal, sadistic war to end quickly.

But yes, it is ending. And probably the single-most important reason was section 1502 of the Dodd-Frank Act. America, you can truly be proud!