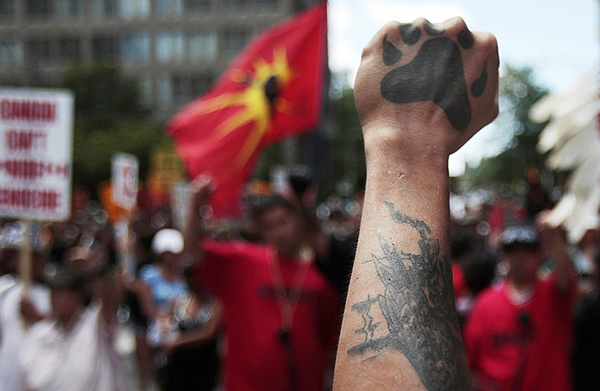 Today is only the 4th time in the history of America, but the third time in my life time, that impeachment begins against a sitting president. In the last several years seven African leaders were deposed by legal proceedings or mass demonstrations.

Yesterday the former leader of Bolivia fled to Mexico. Brazil’s imprisoned last president is out, rallying the troops against his incarcerators. Ecuador’s president has fled his capital. Zimbabwe’s president may soon be ousted by his Army.

Almost four years ago Michael Leeden writing in Forbes said “we are in the midst of a transition from the post-World War II bipolar world to something else, something as yet unclear.”

“According to Professor Peter Turchin writing nearly three years ago in the Globe and Mail, “We should expect many years of political turmoil, peaking in the 2020s.”

Two heady Italian psychologists at this year’s World Economic Forum pronounced that “the disruptive political changes that we observe in many democracies are not transitory phenomena, but represent profound and long-lasting transformations of our political systems.”

Villagers throughout Papua New Guinea virtually closed down the country last month forcing out most of the elected officials. Two nuclear powers are trading fire in Kashmir.

“What happens in this room stays in this room,” is one of the most moribund aphorisms of human trust that ever existed. The world is so interconnected you can’t sneeze in Patagonia without a school kid in Kisumu knowing about it that very instant.

Everyone has found out a lot about every one else, and most people have come to the conclusion that their lives have been leveraged by the powerful against immutable events like climate change and grossly unfair economic systems like capitalism for no other reason than to keep the powerful powerful.

The moralizing of pastors and monks and Nobel Laureates that the human spirit soars with generosity and love has been debunked. Or as more finely tuned by Patrick Bond in Pambazuka, “Bretton Woods institutions’ neoliberal over-reach leaves global governance in the gutter.”

Chaos in the universe is reversed by a single lump of gravity, that emerges and grows and ultimately consumes the chaos. Most theorists concede that that “lump” is the largest particle in the chaotic maelstrom.

The largest lump in today’s world’s chaotic maelstrom are the public hearings just beginning which are trying against formidable headwinds to champion truth and begin however slowly to reverse the indignities and inhumane policies of the world’s yet largest power.

According to a Kenyan commentator just a few hours before I wrote this:

“Trump’s hearing will test the US governance ancient machinery’s ability to investigate a president who abuses his office… This will clearly establish a new political era.”