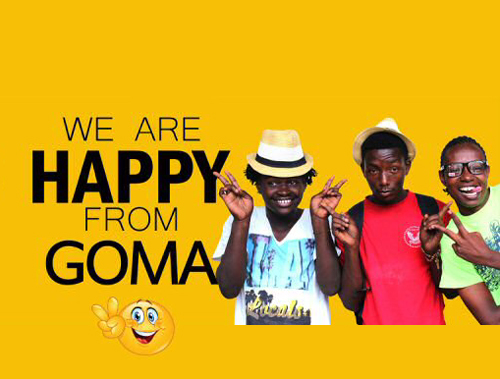 Here’s something profoundly light and happy. Contradiction? Try it out for your Friday. This is what happens when a generation of war ends.

With all the turmoil going on today in the Mideast to Iraq and Ukraine, it may be hard to fast forward your interest to when it’s all over. But I think that’s what’s happening today in The Congo.

The brains behind this and many other similar good feeling videos is a diminuitive if shy Congolese, Kelvin Batumike. With help from UN agencies and the Congolese diaspora, he persists in the belief the eastern Congo is becoming peaceful.

I think Batumike is right. Peace is coming, although slowly. Less than a hundred miles north of Goma, still a part of the giant Kivu province, warlords still effect daily lives, although they do seem to be fading further into the jungle and becoming weaker.

A little bit further north towards the troubled Sudan, warlords are still fully in control. Yesterday they announced the execution of three priests who refused to convert to Islam.

The horrible conflict in central east African which includes The Congo, Burundi, Rwanda, western Uganda and little parts of both The Sudan and South Sudan, is incredibly complex. Nearly a century of horrible Belgium rule and exploitation ended when extremely rich rare earth resources were discovered here.

The end of the colonial era, which I believe came far too early and prematurely, turned over all its unfinished business to the greed, terror and rightist ideologies of The Cold War.

Strong Congolese ethnic groups pitted against one another in colonial times were let loose with new found wealth that was quickly transformed into weapons.

When the Cold War ended this part of Africa was in such a mess that the newly empowered West and the newly subdued East just walked away from it. One of the typical results was the Rwandan genocide of 1994.

A century of exploitation included the following gifts to the developed world: the (tires on your) automobile, the cell phone, the xBox and personal computers. None of these items would exist without the resources first found then exploited from this troubled region.

Do you feel guilty? You should.

The half century of serious fighting in the eastern Congo began with the assassination of its first democratically elected leader, Patrice Lumumba, on January 17, 1961. Even today the complex details of the 1960 coup against Lumumba by Moshe Tsombe and the terrible despot Sesi-Seko Mobutu, who subsequently ruled The Congo for almost 40 years, remain uncertain.

But the apology ultimately given and the reparations ultimately paid by the Belgian government to The Congo admitted that the coup, and the assassination, were not only planned but actually carried out by the secret services of Belgium and the United States.

The U.S. has never joined Belgium in the admission, but neither has it denied it.

That likely horrific act by America and Belgium was because Lumumba was an avowed socialist with policies of nationalization which attracted the support of the electorate. Of all the elections that have followed in Africa since 1960, this one was probably the freest, fairest and most democratic.

But 1960 was frozen in the Cold War. The world was seen in simple contrasts, then. Socialist was communist was the Soviet Union.

If only … There are so many “if onlys” in Africa. As one of my favorite clients says, “All’s well that ends.”