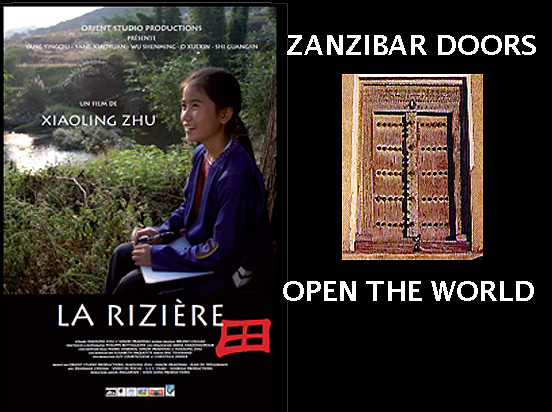 Who will spearhead the social unrest in China? Are women being mentally beaten to death in Iran? These and similar cutting edge issues find their window to the world Thursday, at the Zanzibar Film Festival.

And movies are one of the best ways to broadcast your issue. Africa has a number of film festivals where this is still the case, and none better than this year’s Zanzibar festival.

I list below films from China and Iran that I believe tell a story no one’s listening to, and which presage very important world events. By so doing I don’t mean to minimize the great African films – particularly Swahili language films – which will also be shown.

A Good Catholic Girl, for example, is a remarkable short film from Uganda with two wonderful lead roles about falling in love across religious and ethnic lines. This is now a multi-generational issue, and when explored deeper says much about the ethnic and gender turmoil in Uganda, today.

The Rugged Priest isn’t a very good technical movie from Kenya, but it is a story rarely told yet enacted over and again especially when I first worked in Kenya in the 1970s. It’s also an interesting benchmark for the growing Kenyan film industry, as the movie was a hit in Kenya.

But what the Zanzibar Film Festival provides is a quiet outlet for film makers in places like Iran and China, whose work would likely be suppressed at home, and is either not submitted to the bigger festivals for fear of drawing attention, or just as likely, because they just aren’t technically good enough.

But I doubt any of you won’t feel the same goose bumps I did watching the trailers, and clearly, these raw yet to fully mature young artists are telling us something very important about the near future in their countries.

Just an Hour Ago, and A Beautiful Snowy Day reveal the oppression of women in Iran is so intense that I believe – and I believe the films are suggesting – that the next great unrest will come from women, there.

The Rice Paddy is a Chinese/French entry which is among the most professional productions, and remarkable for its intense portrayal of the migrant worker in China’s rice fields, a group of people today as important in China as the slaves were to cotton farmers in the 1800s in America.

While The Rice Paddy is not subversive as such, clearly in the light of today’s news about Chinese inflation and migrant worker unrest, it presages cracks in China’s social construction that likely will figure prominently in that country’s imminent transformation.

But the enormously powerful Iranian film, The Invitation I feel so important that I’ll be writing a separate blog about it, Thursday, to commemorate the film festival’s opening. Please come back, then!