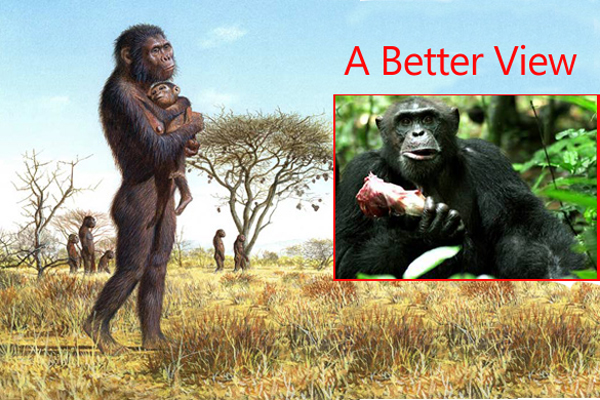 Almost all wild carnivores and most omnivores give birth in secrecy. The mother senses imminent birth and removes herself from her normal group to safely hide away. She rejoins her group with her infant(s) several days to several weeks later. We now think we know why.

Childbirth is among the starkest behaviors that even the wildest animal shares with us. Childbirth was rarely welcomed in primitive human societies. It was considered bad luck, and a variety of reasons were explored immediately after birth to trigger infantacide, including twins and physical deformities.

Tread carefully when comparing animal behavior to humans. I spend a good amount of my time as a guide in the wilds dissuading ardent animal lovers of comparisons between their emotions and those of the animals they watch.

I’m firmly convinced, for example, that the often fantastical stories of elephant memory or elephant grieving are misrepresentations of survival behavior and do not reflect emotions as such behavior in ourselves normally would.

I think this new chimp science supports this view.

Few animals have been studied as closely as chimps, and understandably so. Their DNA is less than 10% different, and volumes of field research has confirmed there is likely no other animal alive with intelligence as close to our own.

But despite this intense study, only five chimp births have been observed in the wild, so the most recent one – announced last week by Japanese researchers in Tanzania’s Mahale National Park – is notable just for that.

But it went much further. What the scientists observed was that immediately after the birth, a male chimp arrived, removed the infant and was later observed eating it.

The behavior trends that of many primitive human societies, which in my view reenforces some very basic tenants of natural selection. The actual incidence in this case is the mother not removing herself from her group. That is not normal, and something that is not normal contributes to survival only if it accidentally renders a more advantageous outcome.

If for some reason the chimp troop was stressed, by its environment for example experiencing a drought, we could postulate the incident reflected not enough food to raise another member at that time.

In any case it’s becoming clearer that the birth of a carnivore is not a welcome thing. Yet obviously without the births there could be no survival of the species at all, so the corrective behavior is the mother removing herself from her group until the infant is at least somewhat capable of fending for itself.

The reason this is such exciting science is that we’ve presumed for many, many years that we as hominids developed a unique family unit to nurture infants as a part of our evolutionary progression.

Humans are necessarily born the most helpless of all animals. We’re born with a brain that triples in size during our first two years, then increases almost another third before we reach puberty. Virtually all other animals are born with brains fully developed relational to their size at the time.

Female human anatomy simply can’t allow the fetus to develop such a big head! So clearly in relation to other animals human babies are far more helpless. So it’s been presumed early humans formed “family units” to provide the additional attention needed to raise the infant.

Developing humans, for example, were presumed unique perhaps in having a dad who also changed the diapers.

I guess maybe not, eh? Maybe early human mothers went for a vacation to avoid the otherwise expected consumption of their baby by dad just like all the other animals in the forest?

If so the science which has been around for many years regarding the disposition of primitive human societies to their progeny is likely now to become very important, once again. I hope so. We need to dispel every attempt to create science from the top down, including imposing how we currently believe “families” should exist onto the creatures less evolved than ourselves.