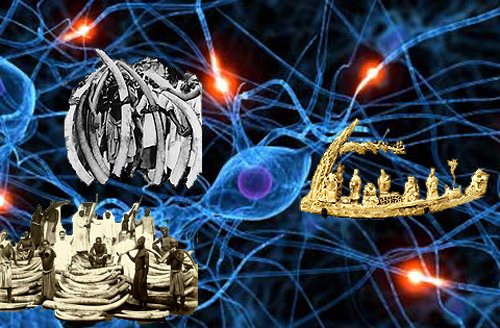 Science rarely trumps politics, but for elephants and other big game it may, soon. And surprisingly, that’s not necessarily good.

Rapid advancements in forensic genetics now empower even Third World countries to determine the origin of virtually any big game animal from a whisker of its hair. The Kenya Wildlife Service recently announced the opening of its modern genetics and forensics laboratory which will be able to do just that.

KWS was answering the clarion call to “bring those poachers to justice!” By swabbing a poached animal site, evidence is acquired that can be matched from suspect’s clothing and tools, at airport check posts and cargo containers.

And the science stretches beyond enforcing poaching laws. Tracking species survival will now be much easier, and recognizing sudden weaknesses as well as strengths in species will allow for better wildlife management.

That’s fascinating, right? Yes, but is it all good news?

Well, ultimately, of course. But the rapidly improving science is a powerful new tool against strengthening the worldwide CITES treaty. (Did I say against?)

The southern Africans for years have been arguing that CITES – which is a worldwide treaty that bans international trade of certain animals (dead or alive) – is too punitive against those countries (like themselves) that have internal mechanisms to prevent illegal poaching. The treaty was born in the mid 1980s as a device to halt the apocalyptic decline of elephants, and it worked beautifully.

Since then it has become a massive powerhouse for global species preservation. Everything from polar bears to certain butterflies and whales have been preserved by the world coming together and agreeing not to allow those animals to be traded in any way.

But for years in southern Africa, elephant ivory was a cash cow (or bull, depending). Extremely well run and patrolled parks in southern Africa collected heaps of tusks from elephant that died normally or were intentionally culled. This cache of animal goods, in fact, was for many years the principal source of revenue for the Zimbabwe National Parks.

CITES stopped that. Adjacent to many southern African parks can now be found warehouses of stored elephant tusks and rhino horn. They store it, because some day, they want to sell it. Right now, CITES prevents them from doing so.

CITES came on line powerfully by the end of the 1980s, and shortly thereafter, South Africans began focusing on the promise of forensic science to determine exactly where the ivory came from. South Africans developed some very creative non-genetic, isotopic or chemical methods to determine the origin of confiscated, illegal ivory.

As genetic forensics improved, CITES also did, because both proved so successful. By 2004 South Africans were desperately trying to get the world to use forensic genetics to limit CITES’ reach:

“Being able to track the origin of illicit African elephant ivory could [allow] several southern African countries … to relax the ivory ban because they have stores of ivory and lots of elephants.“

From the getgo few have questioned the southern African claim that they manage poaching well enough. It was known from the early 1980s that the danger to elephants and other big game came mostly from the northern half of the continent.

Why, then, should they be penalized from selling their legitimately harvested ivory and horn?

Because science can’t trump politics. The “free market” however it may be regulated in China is free enough on the global arena.

In 1997, 2000 and again three years ago, CITES caved under the pressure of southern African countries and “carefully” organized the sale of stockpiled ivory in a few highly regulated auctions. Each time the results were stunning:

Although southern African countries aggressively argued that the black market was not related to the auctions, it was a hollow fight. Now, as science progresses, their argument is changing and acquiring greater force:

Genetic science can pinpoint where the ivory comes from. In southern Africans view, there is “legal” ivory and “illegal” ivory, and whether it is at cargo warehouses or jewelers stores, genetic testing devices can separate the legal from illegal trade.

There’s a very provincial nearly insidious thrust to the southern African argument. I believe in their heart of hearts they know that a market widened by allowing genetic testing to scrutinize increased sales of ivory will ultimately decimate elephant in the north of the continent.

And I believe in their heart of hearts they figure, well that’s OK, we’ll protect them down here. And indeed, they could. So the extinction of the wild elephant might be unlikely… in the south. And to hell with the north. ‘If they can’t get their act together as we have, too bad.’

To be sure it’s a serious sacrifice asking the south to forego legitimate conservation revenue just because the north isn’t as developed as they are. And with the advancements announced of the sort KWS did this month, the south will be ever the more eager to promote its cause.

But it’s the difference between seeing yourself in your narrow little part of the world, and recognizing your role as a global actor.

There’s just no reason that elephant anywhere should be sacrificed to intricate ivory sculptures placed in a glass case. That tradeoff – a living work of art for a dead one – isn’t moral in my view.