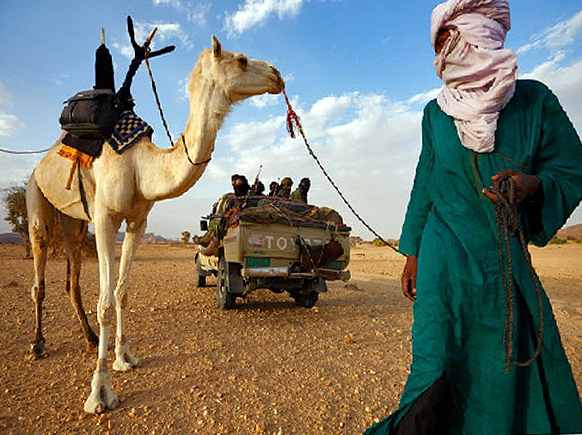 2016 was one of the most peaceful years in Africa in decades. Both the UK and American governments reduced their travel warnings for most of the continent.

There’s more to this than a good score card on the war on terror, and of course peace is rarely reported so there are fewer news stories about this than just an analysis of what didn’t happen.

Here’s why this is my sixth most important story for Africa in 2016:

First let’s divide turmoil into two parts: there are civil wars and domestic protests, and then there is violence brought in from the outside. The former continues most notably in The Congo, Burundi, Uganda, Ethiopia and Zimbabwe. From an investor’s or tourist’s perspective these are not destinations to consider.

The latter part is terrorism, the kind that blew up a sports bar in Kampala in 2010 or the Westgate Mall in Nairobi in 2013 and seemed to begin a never-ending series of suicide and car bombings in East Africa that stretched into 2014. That seems to be over.

Kenya had several small terrorist attacks on its border with Somalia last year, but they were directly linked to the massive Somali refugee camp of Dadaab near the border town of Mandera. In effect they were attacks on Somalia rather than Kenya, and they were far from Kenya’s main population centers or tourist destinations.

America’s war on terror was taken to Afghanistan and Iraq in the early 2000s and it displaced many of the actual terrorists. Many fled south to Yemen and Somalia where there was no strong government to repel them.

In Somalia they became al-Shabaab and literally ran the country in a way no one had seemed able to do so since Blackhawk Down in 1993.

Kenya was put on the spot, sharing a long border with Somalia. Ultimately Kenya ceded to American demands and allowed Obama to build up its army. On October 15, 2011, Kenya invaded Somalia as America’s proxy.

That military campaign with a mission to destroy al-Shabaab was as successful as America’s earlier campaign to destroy al-Qaeda in Afghanistan. And exactly like in Afghanistan terrorists don’t just wave the white flag as they face defeat. They scatter away with bombs – especially suicide bombs – blasting all over the place.

Africom and covert French partners chased the terrorists out of Somalia, through Kenya, through Uganda and the Sudans and The Congo, through the Central African Republic and they eventually regathered in Mali where they formed alliances with long term rebels and took over the country in 2012. In 2013 France sent its foreign legion into Mali and continues to occupy the country, today.

Terrorists control much of the deserts of Mali, Niger, southern Algeria and Libya. I wrote in October that they are gaining strength and organization. If France removes its military from Mali – a definite possibility and hot election issue in France right now – terrorists will take over the country easily, again.

Terrorism can’t be wiped out. Suicide bombs are too easy to make. Kamikaze car and truck bombings are impossible to completely defend against. All conventional militaries like Obama’s Africom and France’s Foreign Legion can do is push them around.

For East Africans there is a gratefulness at the moment to America and France for chasing the bad guys out of their neck of the woods, but it came at great costs. Kenya has to now maintain an expensive military it didn’t have before, because Somalia although well on the road to recovery is a long way from being stable.

2016 in Africa marked a year where military might – mostly from the west – gave the continent its greatest respite from terrorism in more than a quarter century. But terrorism and terrorists are now institutionalized, something chronic not temporary.

That condition will grow so long as poverty, disease and massive inequality exists anywhere on earth. Until some miraculous remedies to those miseries are found, all we can do is push terrorism around.

But for much of Africa in 2016, terrorism was pushed pretty much away, and at least for the time being, that’s pretty good news.