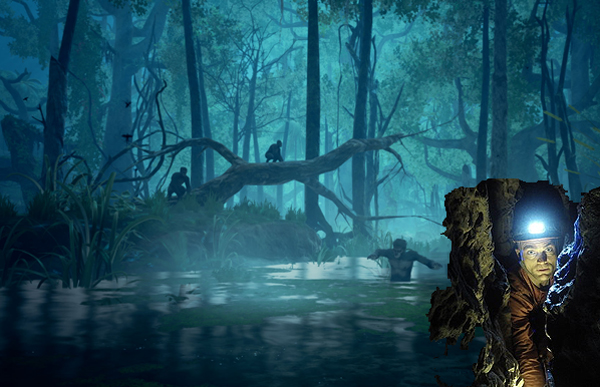 So what’s striking more than the individual stories are the parallels. Tomorrow I’ll detail these for you. Friday I’ll tell you what it presages and what to do about it. Meanwhile, today:

2018 was a revolutionary year for new discoveries about early man. And almost all of these came from Africa.

So while we have a first hominin about 6 million years old (found in Chad), stone tools mark the moments when human-unique behavior began.

The first sophisticated tool-making was the Oldowan culture 3-2 million years ago. They were found almost exclusively in East Africa, with a few in southern Africa as well. Last year they were found in Algeria.

The climate, geography and physical limitations of the hominins known to have lived 3-2 million years ago were presumed too severe for any migration from sub-Saharan to north Africa. Well, guess not. Or something even more mysterious and confounding is at work, such as parallel evolution of very ancient cousins.

Separately, brain size relative to body size has always held a paramount position determining a creature’s innovative funtionalism, or advance into consciousness. Maybe not. A hominin with a brain even smaller than some chimps apparently created Oldowan-class tools. Perhaps it’s the shape, rather than the size of the brain that matters.

Hunting among early men has been pushed back to 700,000 years ago, nearly twice as old as previously presumed. Agriculture is now touching 10,000 years ago; not seven. Trade between early men may have begun five times earlier than the presumed 50,000 years ago.

But the really exciting conclusion of all these thunderbolt discoveries is that human consciousness seems to have arisen in radically different beasts at about the same time! In other words Naledi, a creature found in South Africa dated 335-226,000 years old but with a brain size only a third the size of the Neanderthals that were living at the same time, shared skills we mark as humankind: pretty sophisticated tool-making.

Of all the many early man finds, the Neanderthal has the largest brain. Naledi has among the smallest.

So we can postulate that basic “humankindness” arose in the first third of our current brains, and that the next two-thirds of growth was elaboration rather than creation of our beingness. But guess what? The Neanderthal we think was pretty dumb.

Her tools were far less sophisticated than the “lesser” creatures that finally dominated him, the smaller-brained ergasters, heidelbergenses and CroMagnons who may have finally turned into us. These creatures were much more sophisticated.

While a rare few Neanderthal sites have shown some artistic expression, it’s been very little and nowhere near as prolific as the “lesser” beasts. Except for his much more advanced physical attributes, Neanderthal at 30,000 years ago with a brain three times as big as the first accepted hominin, the Australopith, didn’t seem to behave much more differently than creatures millions of years older.

So creatures physically smaller and with brains 10-15% smaller were able to subsume Neanderthal pretty easily and quickly.

It’s culture. It’s something way beyond biology. I think of it as the human spirit. This is really awesome! It means that millions of years ago – not just hundreds of thousands – human consciousness developed giving the earliest hominins the ability to shed the shackles of biology and climate and begin to control their own destiny with their cultures.

(Lingering concerns that Neanderthal’s larynx wasn’t positioned correctly to produce the array of language available to the “lesser” creatures only reenforces the better understanding, because language is after all a cultural marker.)

And incredibly sobering, as cold as the last glacial age in which the Neanderthals lived is that human societies and maybe even humans individually that lack sophisticated culture are doomed. Got that Trump?