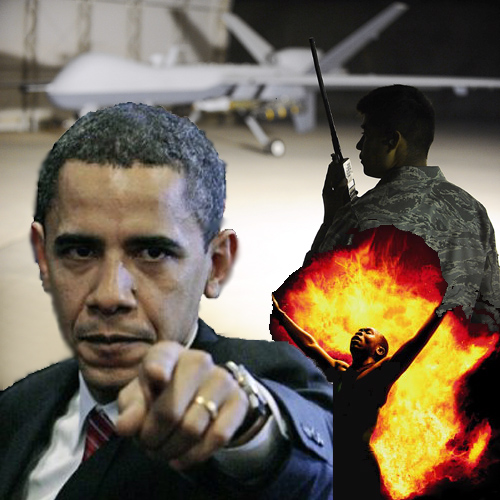 Americans have grown so complacent about war and so uninterested in their own country’s military involvements that few have any idea how much fighting America has been doing in Africa.

This is my Number 2 story for 2013, America’s huge military involvement in Africa.

And that involvement was not by a Congressional declaration or even after labored consultations and hearings. It was because it is central to Obama’s anti-terrorist policy.

The intense involvement has been going on for 54 years, and this year seemed to reach a crescendo and possible end-game. As ironic as this may seem, the fact is that Africa warring was a policy created in 2004 under George Bush which has been wholly embraced by Obama.

Lately it’s been almost exclusively anti-terrorist, at least as defined by the Obama administration.

AFRICOM was instrumental in the massive last-minute UN fights in the DRC-Congo which have resulted in some stability for the moment.

And AFRICOM basically orchestrated the chase of organized terrorist forces and their weapons from Somalia, through Uganda and the CAR into Mali, where together with France, we now intend to exterminate them altogether.

Probably as significant as any of the above are the drone attacks and numerous Navy Seal missions throughout mostly East Africa that have killed so many alleged terrorist leaders.

None of these operations begins to achieve the size of anything like Iraq or Afghanistan. But taken as a whole, from 2004 to the present, they represent significant deployments of troops, weapons and other resources that have radically shifted the organized terrorist map and composition.

No year was as violent as last year.

The result of these actions is a definitely safer America… for the moment. Organized terrorist organizations like al-Qaeda and al-Shabaab among others are being systematically eliminated. So for the near frontier, AFRICOM has served America well and efficiently.

But that’s not necessarily true for the long term, and it certainly isn’t true for Africans, today.

“AFRICOM serves as the latest frontier in military expansionism, violating the human rights and civil liberties of Africans,” according to ResistAfricom, a U.S. citizens group that views the strategy very bad for the future.

The result of the Obama/Bush policy has seriously destabilized Kenya, the principle ally which began the long chase of terrorists through the continent with the war in Somalia. Kenya is dealing with increasing terrorist attacks, a legislature obsessed with security, and an economy that would collapse without American aid.

While the DRC-Congo has achieved some peace after several generations of war, the larger country has been very recently shaken by surprising terrorist attacks and political uprisings.

The presumption that Mali will be the end-game, with French mopping up what’s left of alleged organized terrorism, is threatened by new terrorist outbreaks in neighboring Nigeria.

It seems America just can’t learn. War against terrorism doesn’t work. The current bevy of terrorist arsenals and leaders may be almost eliminated, but we have fomented such anger in Africa, that the subsequent generation of terrorists will be even more committed.

The easiest way to understand this is to roll back history and ask what would have happened if all this military involvement hadn’t occurred:

Somalia would still be controlled by al-Shabaab (al-Qaeda in Africa), and the refugee problem in Kenya would have increased substantially… There would never have been a Mali war, because that conflict was created with the massive amounts of weapons leaked down from disintegrating Libya, which we would have better just left in the hands of Gaddafi.

We, in America, would not be quite as safe at this very moment…

It would not have been a nice world. But it would be a world more effectively developed by strategic use of economic sanctions and national development aid. This would have cost much less than AFRICOM.

In Africa and in America.