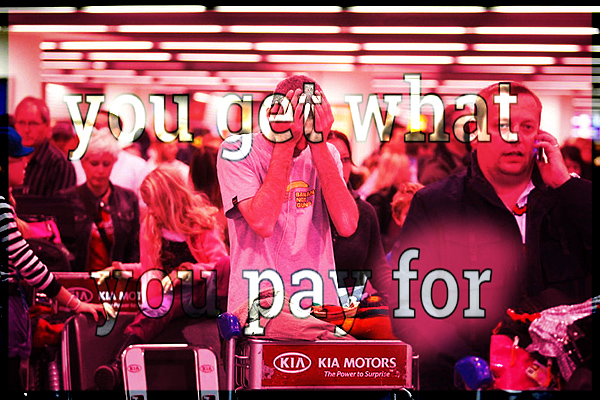 Beware traveling this summer. The facts suggest that the Trump administration’s demeanor and policies have loosened the reigns so much on airline regulation, that consumers are suffering terribly.

Here’s a story of one Cleveland family who returned home from Africa yesterday. Perhaps you can learn something from their travails.

It started with their first flight from Cleveland to Philadelphia. Like literally all flights today it was packed. Recently Kathleen and I returned from Denver on a relatively small E90 (about 90 passengers). United finally gave 4 volunteers each an $800 credit for their seats.

Overbooking has never been regulated. It’s actually a skill that in years passed very specialized professionals developed. Today it’s mostly done by computer algorithms. In either case the airline either errs on the side of the passenger or their bottom line, and clearly today they’re erring on the former.

When we had strong airline regulation prior to 1984, overbooking was as rare as the Hope Diamond. Back then airline fares were considerably more expensive, and the entire motivation for Reagan’s deregulation of the airline industry was to increase competition and lower prices.

It did that. It also resulted in overbooked aircraft, poorer maintenance, smaller seats, no meals and rude service. You, the consumer, continue to support deregulation.

The family was boarded, the fight was canceled and they were unboarded. They were then directed to the far side of the airport where another aircraft finally took them to Philadelphia after what they described as a marathon sprint to beat the closing cabin door.

Everything was fine as they left Kilimanjaro airport yesterday, connected through Addis Ababa and arrived Dublin where they picked up their American flight home.

While the American flight from Dublin to Charlotte was over the sea, American canceled their connecting flight from Charlotte to Cleveland and rerouted them through New York where they were supposed to overnight (at their own expense) and then fly back home to Cleveland late today.

Late today? They couldn’t get back from New York earlier? No, all the flights today are fully booked, too.

In Charlotte where they got the news, they were told their flight was canceled “because it was so poorly booked.”

That was a lie. We check all our customers’ flights the day before and the flight was not completely full but it was tight. It was anything but poorly booked. But that was the key: it wasn’t completely full. All the rest were.

I’d speculate that American needed the aircraft for a greater crisis somewhere else, where the overbooking was egregious. American was managing customer dissatisfaction by distributing their cancelations to the markets of least importance to them.

By the way, their bags were lost, too.

What tips can you garner from this unfortunate story if you’re planning to travel this summer?

First, airline bookings have rarely been so tight. Make a plan, then book as early as you possibly can. Some sites like kayak are purporting to tell you if you should wait for the chance of a lower fare later on. Very, very bad idea.

Second, beware secondary airports that are not hubs like Cleveland, Hartford, Ft. Lauderdale, Mobile, Memphis, Des Moines, Omaha, Tuscon – you get the idea, most easily distinguished by having no regular international flights. These are the ones suffering the most right now.

So what are you supposed to do if you live in Cleveland? Drive to Detroit?

Well, yes, or Montreal. That’s not a bad idea. But short of that give yourself enormous connecting time, perhaps even an overnight. That’s not how you used to plan things, but if you don’t do this in a regular fashion, you might be forced into an even worse situation.

Finally, don’t penny pinch. It’s absolutely ridiculous how the American consumer who pays $600 for a ticket beforehand spends 5+ hours trying to reduce that cost by $15. That, folks, is why we’re in this mess now. Pushing down prices pushes down service.

You – the consumer – demanded deregulation so that you could get a cheaper fare. Well, you succeeded. You just didn’t end up where you thought you were going.