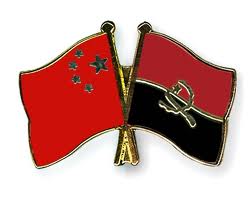 If you are worried that your event on some esoteric aspect of policy will not draw a big enough crowd, just add some combination of “China,” “Threat,” “Rise,” “Beijing consensus,” “US,” and/or “Decline” to the title, and the number of RSVPs is guaranteed to skyrocket.

I have recently attended a number of meetings on Sino-African relations, and the fear is palpable among US policy makers and business people.

I just came out of one particularly good talk and thought I would share a few of the speakers’ insights mingled with some of my own.

This most recent speaker spoke very articulately about the “Angolan Model” of Chinese investment that has been replicated around the continent.

Essentially, the Angolans tell the Chinese that they want to build the following 25 roads, 10 bridges, 3 ministry buildings, refurbish a railway, build a basketball stadium, and deepen the port.

The Chinese say—“Good choices—infrastructure was key to our development as well– and while we’re talking about this, we have Chinese companies that can build every one of those projects for you, and can build them cheaper than any other international bidder.”

China continues…”So here is the deal—our companies will build all those projects before your next election cycle, we’ll do it cheaper than anyone else, and you can simply pay for it over time by shipping us oil at market prices.”

For Angola and China, it is a win-win-win-win. Angolan citizens get roads, Angolan politicians get to take credit for them, Chinese companies make money, and China gets a reliable supply of vital oil.

This works well if your country has an immensely desirable commodity such as oil, copper, or cobalt with which to pay down your debt, but not so much if you need to pay back $2.5 billion in loans using tea, coffee, or sesame seeds (cough cough Ethiopia).

That being said—Ethiopia doesn’t seem to mind.

This speaker pointed to a recent interview with an Ethiopian minister who raved about Chinese investment.

The minister claimed that whenever there was a problem with the work Chinese companies were doing, he would just summon the ambassador and point out the problem.

The Chinese ambassador would salute, and within a short period of time, the problem would be fixed.

When he called on a Russian, European, or U.S. politician to solicit help in regulating a commercial dispute, the problem would be tied up in court for months if not years.

How do you compete with that?

Also, are Bechtel executives willing to stay in sub-par accommodations, away from their families for months at a time, working on a project somewhere in rural Africa?

Will other U.S. construction or engineering firms accept the 5 or 6% margin on an African project necessary to compete, as opposed to the higher margins that they are used to in North America?

The US and other donors have pumped a massive amount of money into African relief and development over the last fifty years, and some of the results (around HIV/AIDS in particular) have been astounding.

But the Chinese, and also the Indians, Brazilians, and even the South Koreans, understand the African operating environment in a way that Western decision makers simply do not get and I don’t think ever will.

It has been too long since we were a developing country.