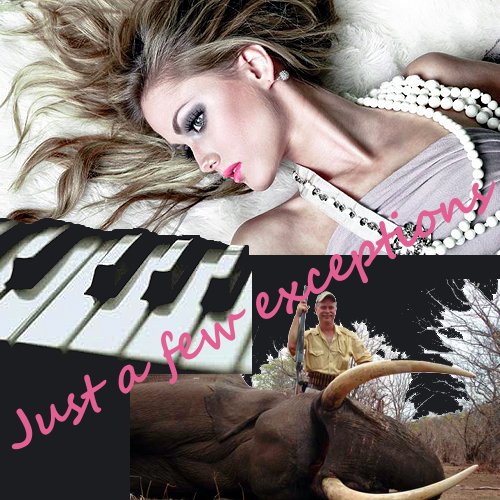 A nasty America is emerging in response to new Obama rules to prohibit the sale of ivory within the U.S.

It’s never been fully recognized that the second largest market for ivory sales after China is the United States.

*****
EleStip: My necessary interjection whenever I write of poaching or ivory is to stipulate that I don’t believe that poaching is the most serious problem facing African conservation, today, or even elephants themselves. It’s (a) the human/elephant conflict; and separately (b), elephant overpopulation.
*****

Readers of this blog and other conservationists might not realize that there’s a huge part of America which doesn’t like conservation.

When the Obama administration first proposed the rules in February, there was a huge outcry. Hunters, musicians, retailers and rich grandmothers protested so vehemently that the rules have been toned down.

Fish & Wildlife’s new rules will not formally be implemented until June and can be continually downgraded as the public outcry increases. But I expect they will be severe enough to curtail the ivory market in the U.S.

Sales, auctions, and even gifting of preowned ivory will likely be prohibited.

The theory is that constricting the demand for something reduces its commercial value, which is precisely what conservationists want to happen with elephant tusks.

But the devil is in the detail, and while I applaud the overall move to further regulate ivory, note the alarming exceptions likely to be promulgated with the new regulations in June:
– trophies from shot elephants;
– antique ivory owned prior to 1976; and
– ivory acquired “legally” before 1990.

Those exceptions (and probably others) are so remarkably political in nature that they grossly undermine whatever morality the Obama administration is trying to evince.

It reminds me of the fact that Obama himself is the only chief executive in the history of the world to have issued a waiver to a hunter to bring a shot rhino from Africa back home.

So while the rules are severe enough to massively reduce the trade of ivory within the United States, the few exceptions are the politically powerful NRA, celebrity antique dealers and other rich well-connected families whose inheritances are now more secure.

In other words, big donors.

Worldwide, in fact, the ivory market is constricting. More and more large commercial retailers in Asia are themselves banning the sale of ivory.

This follows numerous moves throughout China over the last several years to ban retail sales of ivory.

I’m sure that these much publicized efforts have their loopholes, too, but it is discouraging that in America, far from where elephants live, the closest to the elite that rule our country and the richest and most powerful are exempt from doing what’s right.