What do you get when you spend no money on defense, and instead funnel the vast majority of your budget into developing your population, including huge tranches on universal health care and education? 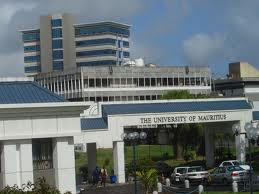 What if you also embrace intense multiculturalism, and reach out to historical trading partners in India, Europe, Africa, and the Middle East.

What if you also invest heavily in employment absorbing sectors like tourism, ICT, and light manufacturing, thereby creating jobs for your educated and diverse population?

Well then, you would be Mauritius, the African island nation of 1.3 million souls that sits approximately 800 kilometers off the coast of Madagascar. 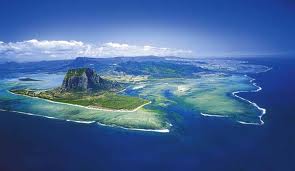 This week award winning economist Joseph Stiglitz wrote an essay in Slate Magazine about the Mauritian miracle entitled, ‘The Greatest Country on Earth.”

In it he lauds the vibrant Mauritian democracy, their 30 year stretch of ~ 5% GPD growth, relative social equality, and above all, the choices made by successive Mauritian governments since independence from Britain in 1968.

Mauritius deserves the kudos. My only issue with Dr. Stiglitz’s essay was his framing of Mauritius’ successes in terms of U.S failures.

Although he recognizes that the U.S. cannot act like an island nation of 1.3 million (by forgoing a military for example), he spends a fair bit of the essay mocking the U.S. for its inability to empower Americans without causing some sort of financial meltdown.

This makes for provocative reading, but the comparison seems forced to me—scaling is not just a logistical obstacle, it changes the nature of the problem.

A health system that works for 10 people, will not necessarily work for 100 people, even if you increase all the inputs by a factor of 10.

Leaving that aside—what lessons can other African countries, and the U.S. for that matter, take from the Mauritian Miracle? 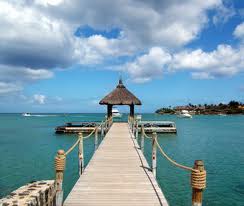 I have been combing a variety of sources, and talking to a few specialists at work, and it seems that more than any one decision, Mauritian nimbleness has been responsible for its success.

A few historical examples courtesy of Harvard School of Business:

When Slavery was abolished in the British Empire, Mauritian leaders encouraged indentured labor to emigrate from India.

1) They successfully lobbied the EU for trade preferences on sugar, and

2) they read the writing on the wall and immediately started diversifying their economy away from sugar and into light manufacturing.

When those preferential trade terms disappeared for sugar and textiles, Mauritius quickly lowered the corporate tax rate and took advantage of historical connections to India to encourage direct investment in new sectors. 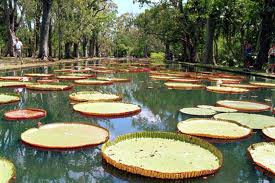 Mauritius exhibits nimbleness in other ways too.

They are part of the Southern African Development Community, the Indian Ocean Community, la Francaphonie, and the League of Portuguese Speaking countries.

This openness creates opportunities that more insular countries do not have.

Mauritian investment in education and human capital means the population can easily re-tool for new sectors and new initiatives. (Though literacy is still only 88%; high for Africa, but not high enough)

The U.S. could use some of this international nimbleness…I read a great essay years ago in Foreign Affairs that argued that the United States’ biggest advantage in the 21st century would be immigration, if policy makers would only take advantage of it.

Immigrants not only start more businesses than non-immigrants, they also bring local knowledge of foreign markets, demand new goods and services from the U.S., and keep the U.S. from falling into a demographic sink hole like Europe.

If U.S. policy makers worked to empower immigrant communities in the U.S. and attract the best and brightest immigrants from other countries, we would vastly improve our international flexibility and competitiveness.

Other African countries have problems that Mauritius does not have—but that does not mean they can’t learn from Mauritius as well.

Their automotive sector is prestigious, but is it economically viable?

Maybe they need to look Eastward to their Island neighbor and invest in forward looking sectors. (I think their new budget attempts to do exactly that.)

Countries fractured by large cultural fault lines such as Nigeria and Cote d’Ivoire could look toward Mauritius as an example of profiting economically from their participation in different cultural orbits.

Obviously this is far easier said than done.

Taking advantage of multi-culturalism requires a centrifugal force at least as powerful as the forces pulling identity groups away from each other.

Countries with economies dependent on a single resource could follow Mauritius’ lead and create incentives for FDI in diverse sectors.

I don’t mean to be glib- investing in the future while meeting the real needs of millions of current citizens is a nigh impossible task.

But that is why each and every success story deserves a good hard look, including small African Islands.