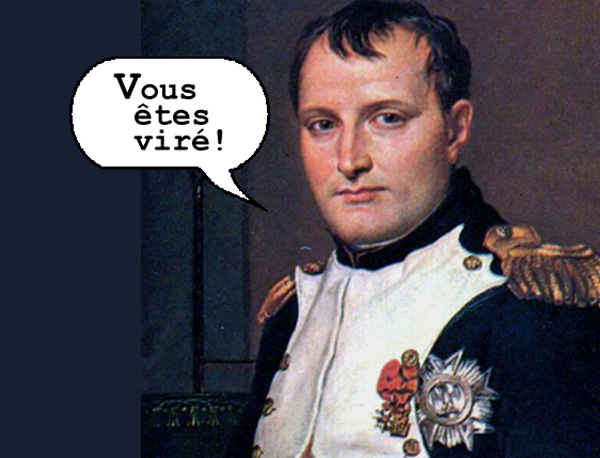 I found one positive remark in Africa today about Trump’s election: A close confident to the horrible Zimbabwe dictator said that Trump “could turn out great you know.”

I could spend the rest of this month curating the remaining multi-thousands of remarks of horror and disbelief that Africans expressed today. It gives me great latitude to pontificate, so here goes:

“This is no time for schadenfreude: his election is bad news – very bad news,” wrote the well-known South African critic of America, Simon Allison, in today’s Daily Maverick.

“African states will only be marginalized further,” wrote a widely respected professor at Johannesburg’s Witwatersrand University.

“A man who thinks women are ‘things’ has been validated by the biggest democracy in the world,” Wayua Muli of Nairobi’s Daily Nation argued angrily in her tirade.

Kenya’s most respected columnist and thinker told his fellow Africans that Donald Trump “galvanized fear into votes” because the disenfranchised, lower educated white man “found himself brazenly cheated in the national project.”

Obbo then broke his well-known restraint by predicting that Americans will be unable “to preserve the democracy, political and social orders” because Trump will be unable to deliver his promises to that angry white man.

It will take some time for these visceral reactions to settle down into some valuable analysis, because they go on and on throughout Africa and the rest of the world. Thinkers, pollers, writers – the people you and I involve ourselves with every day are aghast worldwide. We are the educated, the elite.

We ignored those left behind for too long and one section of them just rebelled. Two+ centuries ago they stormed the Bastille, threw much of the world into turmoil for years of starvation and destruction before finally settling down with Napoleon. I’m sort of glad we might be able to reverse things a little bit easier.

So I guess what I garner from today’s outrage and disbelief are two very important things:

(1) Less educated white people in America feel they’ve been ignored more than highly educated immigrants or Afro-American farmers. That doesn’t mean they’ve not always been better off than other demographics, or even that their “feeling” is justified. Let’s just stipulate this is what drove them to vote. As Obbo said, Trump “galvanized” their anger.

(2) We, the better educated, should not be us, the elite. But we are, and we are the ones to blame.

We elite leveraged our betterment at the expense of those who had less. I’m talking mostly about education. We choked out the very constitutional reason most American States were created, educating citizens. From land grants to home schools lickety-split. So that we, the smart ones, could have bigger houses with smaller property taxes.

So that we, the entrepreneurs with capital, could build bigger offices with cheaper steel from China, just close down that Gary factory.

So that we, the inveterate consumer, could thumb through the fall L.L. Bean catalogue and have six color choices for our parka, just close down the Carolina mills.

So that we, the health nut, could avoid end-of-life emphysema, just scorch the Georgia tobacco farms; or we, the environmentalist, could subsidize our giant windmill by shutting down a West Virginia mine.

We took something away from someone so that we could have something better, but we gave them nothing in return. We so completely pushed the poor workers of America out of our lives that not even the political pollsters were able to find them.

As I remember my own family that was displaced from the Gary steel mills, I can so imagine Uncle Tony absolutely elated beyond belief listening to a larger-than-life cartoon, Donald Trump, shout, “You’re fired!” to a nicely coiffed young lady.