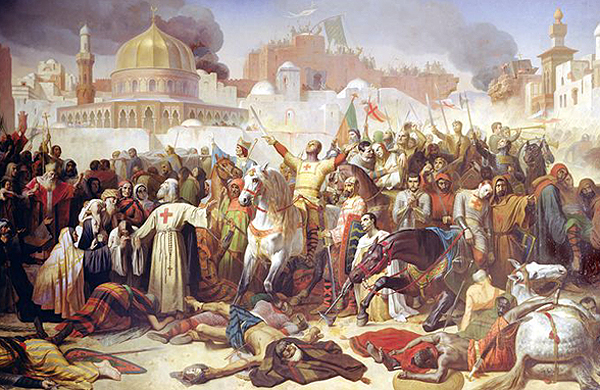 It took a Democrat to be so fooled. Either Biden knows a lot we don’t or he was totally snowed by his reach for the future and didn’t realize what has happened would.

If the former he’s guilty of not telling. More likely the latter because one of Democrats’ greatest failings is their blind faith in what’s right. You’ve got to work to make things right.

I’m so glad we’re leaving Afghanistan and so ashamed at the way it’s happening.

I feel like I did when I was a journalist in Europe watching Saigon fall on a crummy French TV in a dirty bar in St. Germaine, after several years’ of elation that we as kids had ended that awful war.

America’s mistakes trying to right the world with disingenuous missions of protecting itself (from terrorism) are legend.

All I can figure is that giddy with globalization and new economic power Americans believed that what they were unable to do in Southeast Asia, they would be able to do in Afghanistan. The new-found powers in the Information Age would illuminate the good, blaze out the bad.

I don’t think that very much of Helmand Province has broadband, much less fiber optic. There’s a lot more to the real world of Afghanistan than womens’ yoga classes in Kabul.

Like every previous American and western failure to make the world in its own image, we start to see only what we want to. This failing in western thinking is as old as the Caesars, as enduring as the Crusades:

European colonization especially where it lasted longest in Africa is even today still argued as the right course for – in Livingstone’s words – civilization, commerce and Christianity. The veneer of morality in that 19th Century 3C’s mission was quickly peeled away by King Leopold’s slaving, Amsterdam’s esurience, German egoism, British indecision and even by Livingstone’s own pacts with Arab slavers.

Continue: Little Big Horn, Suez, Gallipoli, the Balkans in 1918, the Vietnam wars, the Balkans in the 1990s, the Gulf wars… Unfortunately Wikipedia hasn’t yet listed all the world’s failed wars on one site.

If… and a big “IF” it is… colonialism had ended slavery forthwith in the early 19th century and had then restricted itself to a transfer of knowledge and know-how – even if that mission was in the self-interest of the transferer – then colonialism might have worked. But that was never the case and one wonders if this hypothesis is anything but hyperbole.

So alas we always get to this point of self-recrimination: We were wrong, so let’s go home.

Three American presidents tried to end American colonization of Afghanistan and only one, President Biden, succeeded. One British Prime Minister, Winston Churchill, tried and succeeded ending colonial rule in 32 countries. What was the difference?

First, Britain’s colonial mission was Livingstone’s moral precept to make the world better. America to the contrary claimed self-defense, to make itself better.

Second, Britain initiated colonization peaceably, however deviously. America’s next century colonizations were all by massive force.

Third as Churchill himself explained, Britain was broke and spent by the world wars at the end of the 1940s, its empire still at its peak. It had no choice but to walk away from something so costly and difficult to manage.

America, on the other hand, was rising in global and economic power towards the beginning of its attempted colonizations in southeast Asia and Afghanistan. It had all sorts of choices, and the decisions to remain long beyond the original missions to defeat incidents of terrorism forced America to unending war in order to stay.

Britain thought otherwise at the time. Less reactive than America it carefully structured lengthy transitions that it wrongly believed would lead to better outcomes. Two come to mind.

Britain negotiated a final end to the Rhodesian War with a ten-year transitional agreement that many of us at the time thought was brilliant. It wasn’t. It led to a massive failure of British idealism in southern Africa. Zimbabwe remains a mess, today. They might as well have pulled out as if it were Kabul.

The other British example is still unwinding: Hong Kong. That was a 99-year lease. Didn’t work, either.

Those of us who fought against the Vietnam War and watched with horror the fall of Saigon had no doubt this would eventually happen in Afghanistan.

And so it has. We are ashamed but helpless, captives of inflated dreams borne on a paranoia of terrorism.