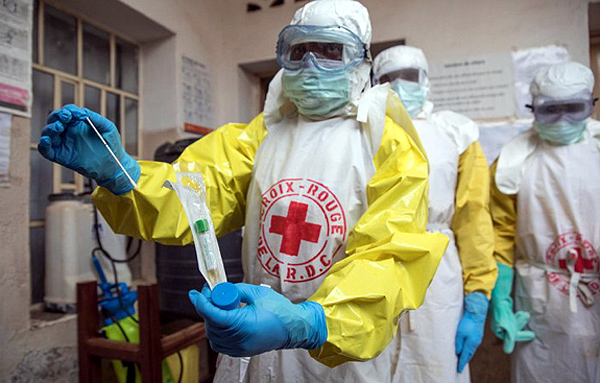 Everyone is focused on the Covid19 pandemic, but what about the unprecedented continuing outbreak of Ebola in central Africa and Lassa in Nigeria, and why all this now?

The ebola outbreak began in August, 2018, and of 3,340 confirmed cases 2,249 have died, a two-thirds mortality rate. And it continues. In Nigeria the chronic Lassa virus has mushroomed with over 600 cases and 170 deaths annually since 2018.

The three viruses are all different. Covid19 like all coronaviruses and flu is very contagious, spread by micro-droplets often airborne from sneezes, coughs and spit. It’s mortality isn’t yet known, but like all these types of viruses it’s probably less than 5%.

Ebola is also spread by human fluids, but its air-borne contagion isn’t considered high. Its mortality like Lassa is much higher, sometimes two-thirds. Lassa is slightly less contagious than Ebola. Lassa and Ebola are hemorrhagic diseases. Coronaviruses are respiratory.

But why such persistence in an age of progressing science, or more exactly, why just in these last few years? All of these virus types have been around for decades, probably centuries. We have efficacious treatment, and in the case of Ebola, there’s now a vaccine.

What? There’s a vaccine and the disease continues?

That’s the key to answering the larger question about all these illnesses.

Fighting human epidemics needs more than medicines and vaccines. It needs health workers to deliver the treatments. It needs professional diagnoses since initially all these diseases look like a common cold.

It’s the reason WHO just scolded all the world powers for closing up their borders and canceling flights. You can’t fight something if you can’t get into the ring. So several weeks ago Trump slapped even more travel and trade restrictions on Nigeria.

Last year the Navy Seals of the global war on disease, Doctors Without Borders, pulled its staff and facilities out of The Congo because of growing instability and attacks on its medical workers.

This was because (1) the U.S. mostly, then followed by allies dependent upon the U.S. began reducing diplomatic and hard aid assistance to central Africa; and (2) because the atrocious and grievous spread of misinformation on social media worldwide claiming that vaccines were devil’s work gave rebel crazies the cache to scare people from seeking treatment.

You know the situation with China interaction. It’s being slowly strangled.

Don’t be fooled, the reason all this is happening is simple. Not just America but worldwide societies are pulling back from each other.

Blame-shifting for individual society ills like economic inequality or Brexit or out-priced education makes demons of next door neighbors. Throw in a hefty splash of xenophobia and immigrants representing the wrong kinds of people are blamed.

‘So why help them in China or Africa when they can’t even help themselves?’

Viruses have no skin color, language or economic ideology. This isn’t a war between Covid19 and China; Ebola and the Congolese; Lassa and the Nigerians. That might be where it started, but this is a war against humans, all of us. It will take all of humanity to stop it, and today, that’s a laughing thought.

The real diseases aren’t Covid19, Ebola or Lassa. They are stupidity, greed and willful apathy. There will never be vaccines for those.