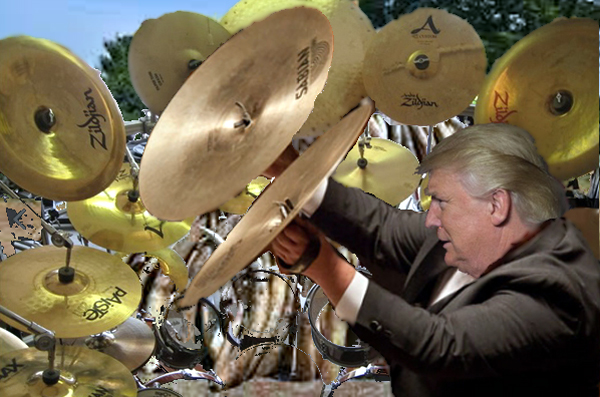 This weekend the world’s largest big game hunting convention opens in Las Vegas very much as it has for each of the last 30 years. Except this year there’s one radically new component: It will be attended by the United States Secretary of the Interior with a delegation from the department in full hunting regalia.

That’s not surprising, but the agenda has shifted for this august group of officials. Unexpected meetings have been arranged to decide what to do about President Trump’s flipflopping about elephant tusks.

A few months ago our dear Interior Secretary, Ryan Zinke, jetted into Dar-es-Salaam with a bunch of other big game hunters, pow-wowed with the world’s most important big game hunting agents and announced that he was reversing an Obama era ban on importing elephant tusks.

As I wrote at the time this wasn’t the end of the world. The Obama administration had invoked the ban in a very political move to soothe the understandably ruffled feathers of many American conservationists who were furious at some of his early actions regarding rhino.

Obama played politics pretty boldly with African wildlife conservation and while there was no question this new action by Zinke would not help conservation efforts, it wasn’t much more than a bunch of high school bullies who liked to shoot big guns drinking beer together.

Well, apparently when Trump finally heard about this he said he wouldn’t in fact lift the ban.

Last weekend Trump repeated his opposition to removing the ban.

In a British ITV interview with Piers Morgan which aired Sunday Trump criticized the unnamed Fish and Wildlife Service official who decided to resume the trophy imports.

“I thought it was terrible,” Trump told Morgan, “that this was done by a very high-level government person. As soon as I heard about it, I turned it around.

“I didn’t want elephants killed and stuffed and have the tusks brought back into this [country]. People can talk all they want about preservation and all of the things that they’re saying where money goes toward.”

Well, Ryan Zinke, apparently hasn’t watched the interview yet, because all reports from the Las Vegas convention are that he will headline his new policy at a number of forums and public speeches.

What’s important isn’t whether the ban will or won’t be lifted. It has very limited effect on conservation. Whether or not a big game hunter can actually bring his tusks home rarely if ever impacts his decision to hunt. So this is mostly a symbolic move.

But Trump is all cymbals, right?