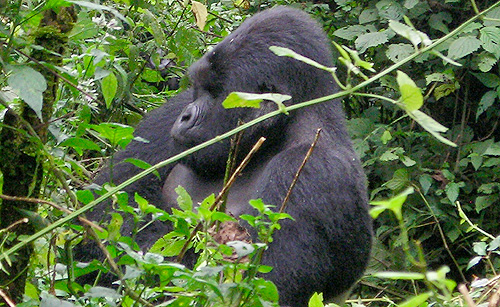 As I leave for Africa to guide the Cleveland Zoo to see mountain gorillas, it’s worth repeating what a wonderful success story this is.

When EWT sent its first tourist into Rwanda’s Parcs de volcans in 1979, there were less than 320 mountain gorillas, a dangerously low number. At the time scientists had determined that if the population dipped below 280, it was likely the genetic diversity would not be great enough to sustain a long-term population.

There had been a lot of good science already completed back then, by such people as George Schaller and a bevy of Japanese researchers.

Dian Fossey was not a good researcher. Neither was she a good person. She was a media creation who in the end completed no good science and probably set the science of primates on a reverse track. 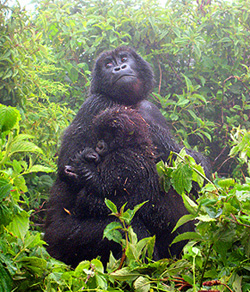 There’s no question that her media celebrity, though, helped the cause. Maybe even jump-started it.

But for the truth about early mountain gorilla science and the mountain gorilla program that began in earnest in the 1980s and which saved these great beasts, read In the Kingdom of Gorillas: The Quest to Save Rwanda’s Mountain Gorillas by husband/wife researchers Bill Weber and Amy Vedder. Bill and Amy were technically Dian’s first assistants, but as you will learn from reading their popular book, Dian needed almost more medical attention than the gorillas.

The gorilla project essentially begun by Bill and Amy is what saved these grand beasts. Today there are more than 750, despite a series of wars and natural disasters. It is a healthy, robust albeit still endangered population.

Basically the business of tourism saved the gorillas. Today every visitor (and there are 56 daily in Rwanda and up to 42 daily in Uganda) pays $500 for an hour with habituated mountain gorilla families.

The enormous revenue this generated was transparently used first to help the gorillas and their habitat, and then, to help the human populations surrounding the habitats which for centuries had been understandably hostile to the animals. 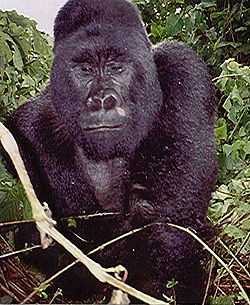 Next week I’ll be blogging from Uganda and then Rwanda as a group of 12 others joins Cleveland Zoo Director, Steve Taylor, and myself as we explore the jungles for these grand beasts and some of their equally interesting cousins.