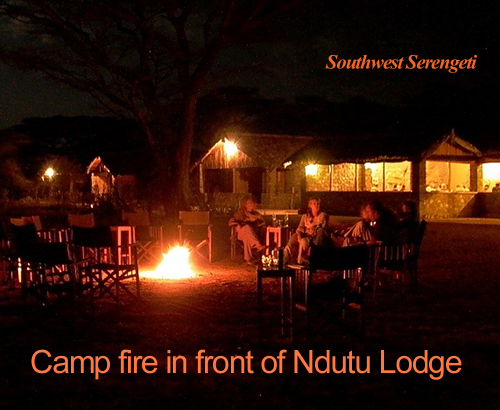 The “reliable and unspectacular” places to stay in East Africa [Thruns] are often my favorite, not just because they aren’t overpriced. Like many of the earlier properties built for safari travel, they were built to last and on prime space.

Tuesday’s blog was about the “flash-in-the-pan” properties and tomorrow’s blog is about the moment’s splendor properties. And then Monday I’ll summarize the series and let both investors and consumers know what I think the future holds.

This second category is in many ways my personal favorite, because I’ve been traveling to Africa for years and hope to continue doing so. To me the Maasai Mara is the draw, not Bateleur Camp. So main Governor’s is just fine, thank you.

These are the good ole places, the places that have been around for years and work well. They aren’t fancy, but you know when you go there you’ll be well taken care of, and because they’ve been around for a while and started early, there are usually plenty of them that got the best locations.

My favorite of all time is Ndutu Lodge in the Serengeti. But chain lodges can fit into this category, too, and Serena is the example. Serena Mara is absolutely the best lodge in Kenya’s best game park.

And there are many other examples, and they tend to all divide into this big gap between the single, owner/manager property like Ndutu and the mid-market chain like Serena. What they have in common is their inability to make much money for investors.

Mid-market properties are like the airlines. They cash in big during the good times and they dig into deep pockets during the bad times. They develop very loyal customers, but rarely are the customers very rich.

So right now, when only the rich are traveling as we laboriously recover from the Great Global Recession, things aren’t going very well. Long-term? That’s difficult to say.

What they have going for them is remarkable consumer loyalty.

Single owner/manager Thruns like Ndutu Lodge, Ndali Lodge (in Uganda), Ndarakwei Camp (near Kilimanjaro), Gibb’s Farm
(near the crater), Governor’s Camp (the Mara), Larsen’s Camp (Samburu, which does have a sister mid-market but nonperforming lodge in the Mara), the Aberdare Country Club and The Ark, Galdessa Camp (Tsavo East) are examples of single owner properties that have been around for a very long time and technically serve the mid-market, more or less.

(Gibb’s was seriously upgraded several years ago by its new owners to serve the upmarket. It’s a spectacular, wonderful place, but its location and need to command higher prices is problematic.)

I’m sure I haven’t exhausted the list, because what these Thruns have in common is the most loyal clientele in the market: (So even after 40 years of guiding in East Africa I’m personally unable to learn them all.)

These stand-alone properties were built with lots of equity sweat and love by their original owners, and if they’ve been purchased since (many original owners have died) the legacy continues.

The best story that comes to mind is Ndali Lodge in Uganda, where when the father died, the children returned from abroad to run the place because it is so dear to their hearts.

Like any home that is loved and taken care, you can expect to get more than your money’s worth. Some of that statement may validate itself in the low prices to begin with, so don’t expect filet mignon with premium wines or feather pillows fluffed up by your butler at The Ark. But the excellent dinner buffet and cozy old room with a fireplace is worth more than you paid for it.

And that could be the problem with stand-alone Thruns, as I’ll expound more on Monday. The markets below the luxury market dried up in the Great Global Recession.

Monday I’ll tell you if they’ll be coming back.

There aren’t a lot of mid-market chains that meet this second category criteria for me. In fact, there’s only one, Serena.

That’s because these chains are unable to make money for anything beyond the short-term. Serena has maintained its good service, its compact but always working rooms, and its decent foods, through thick and thin.

And in the East African market there’s been a lot more thin than thick since Serena appear in the 1970s.

The most outstanding feature to me of Serena is its people, in particular its lodge staff. They are exceptionally well trained, well-dressed, speak multiple languages well including the language of assuaging aching backs and packed sinuses that often accompany a dry season safari.

The staff behind the scenes, including the mechanics and cooks, couldn’t be better. And they are pretty well paid. Today, this is where a young person begins on her way up the ladder of hotel management. And remarkably, Serena is able to retain huge numbers of its better staff, through good salaries and benefits.

The reason Serena can command the investment long-term that provides a long-term, reliable service that builds clientele is because it has a deep pocket, the Agha Khan, with a mission so appealing he can get significant capital from places like the World Bank.

His appealing mission is to invest in emerging markets in emerging countries. Serena was one of the first first-class hotels in Kabul, for instance. Serena appeared in Kenya, Tanzania, Uganda and Rwanda when investment there was considered risky.

And they’ve stayed and survived.

Personally, I choose the single owner/manager properties over Serena mainly because Serena lodges are too big for me and too uniformly styled. But Serena is often a bit less expensive than the stand-alone Thruns, and much less expensive when you buy multiple places. And since they are so perfectly located on the safari circuit, an excellent safari can be wrapped entirely with Serena.

Serena will survive for as long as the Agha Khan’s mission is a valid one. The single owner/manager Thruns are of course more problematic, and I’ll have more to say about that Monday.