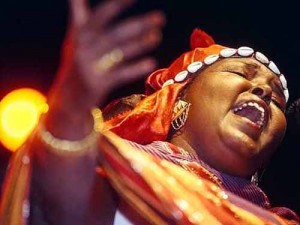 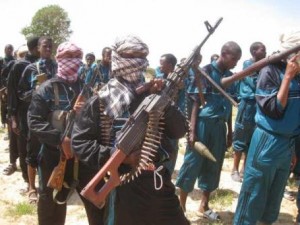 The latest bit of absurdity was most likely an effort to prove that they are as resolutely against culture as their erstwhile partners-cum rivals al-Shabaab.

Of course al-Shabaab would most likely agree with this ban if they were not too busy using the radio stations in question to preach jihad against Westerners and the transitional government.

If music goes against the grain of Hizbul-Islam’s draconian interpretation of Islam, that only shows how out of touch Hizbul-Islam is with Somali culture.

Music played a celebrated role in Somali culture before the arrival of Islam and has continued to do so ever since.

My introduction to modern Somali music came through K’naan , the Somali born rapper from Toronto.

Singing mostly in English, but weaving in words from Somali, Arabic, and even the odd word in Swahili, his lyrical prowess puts him in the same league as American rappers like Lupe Fiasco and Mos Def.

On his second album “Troubadour,” K’naan splits his time between telling stories from his childhood in “Fatima” and “People Like Me”, talking about his aspirations for Somalia and Africa in “Wavin’ Flag” and “Somalia”, and cranking out fast paced dance hits like “Dreamer” and “I Come Prepared”.

Somali-Jazz phenom Maryam Mursal walked across the horn of African with five small children in tow to escape the civil war only to become a world-music mega star on Peter Gabriel’s Real World music label.

To the uninitiated (like me) her rhythms sound vaguely Arab, but the driving beat gives her music a trance-like quality that makes for a truly heightened listening experience.

Sample some of her music here.

Before the war shattered the professional music scene, the Somali National Theatre supported groups like Waaberi.

Today, a modern Somali pop music dominates the scene, along with foreign music from the Somali diaspora, America and the Middle East.

However, traditional musicians continue to play at ceremonies and other important events.

In exile, the diaspora continues to pump out music, of which K’naan is merely the most commercially successful example.

Websites like somalioz.com and others help musicians and their music reach compatriots at home.

I hate the thought that Hizbul-Islam and al-Shabaab might represent Somalia.

Next time the extremists steal the headlines I hope you listen to Maryam Mursal and let her sound, the sound of Somalia, drown out the drivel coming from Hizbul-Islam.