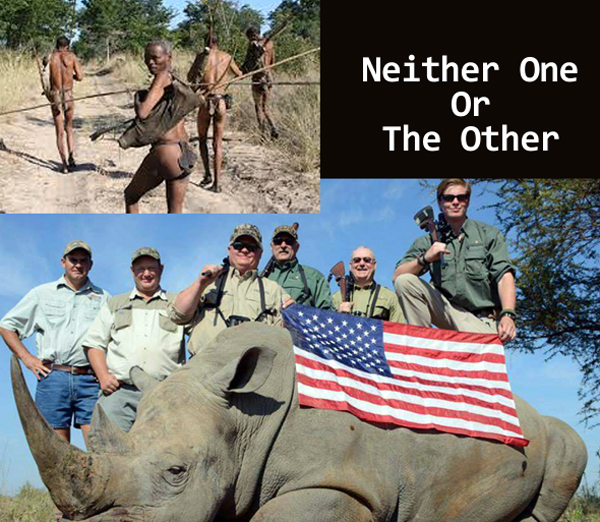 Attitudes towards hunting are changing in the same way that they’ve already changed with regards to the LGBT communities. In remarkably short order hunting of all kinds may be curtailed.

This is a very widespread and expansive cultural change. It applies almost equally to sports hunting as to native society subsistence hunting and even to scientific culling. It is, in fact, the scientific community evincing the most dramatic change. The driver is climate change.

Species decline from climate change has been documented for nearly a century. Richard Leakey and Roger Lewin’s classic book, The Sixth Extinction, was published in 1996. “Much of what they write may not be new to those in the know,” wrote a reviewer at the time, pointing out that only scientists busied themselves with climate change back then.

How that’s changed! Aggressive regulations from the EPA and its sister agencies across the world, the rapid global movement towards the Paris Agreement, and the remarkable movements away from fossil fuels are all understandably undervalued because of the severity now presumed of climate change.

Weather events are the first manifestation. But the second, and increasingly observable one, is species decline.

Sometimes, as with the overly dramatic public affair with elephants, it leads to exaggeration, although personally I’m not sure a little bit of exaggeration is not due. But even as the general public’s intransigence in embracing evolution as science persists, the public seems all but ready to agree that biodiversity is seriously threatened.

For some time, now, conservation organizations big and small have recruited volunteers to battle invasive species. This is because invasive species are considered a threat to biodiversity. I disagree vehemently, but regardless, this is about as aggressive as conservationists and scientists have been until now.

Don’t get me wrong. There has been unified and powerful movements to protect habitats, nurture captive breeding programs of endangered species, and lobby governments while combating corporate policies that conservationists feel endangers biodiversity.

But all of these actions – except pulling out garlic mustard from protected forests – are essentially passive, or more generously, preventative.

This week that changed.

Scientists led by a team from the Dutch university Radboud Nijmegen, published a truly exhaustive worldwide study that concludes … simply … all hunting is bad.

There wasn’t much argument required to put down sports hunting or poaching, so the bulk of the science is focused on what will be the most contentious scientific argument in ages: that native peoples and cultures contribute significantly to species decline.

Combining “176 [separate] studies to quantify hunting-induced declines of mammal and bird populations across the tropics of Central and South America, Africa and Asia” the report concludes that “Hunting is a major threat to wildlife.”

It took the American Association for the Advancement of Science (AAAS) more than a year of deliberation before it released the article last week to its publication, Science. No kidding. This is big stuff.

You know, science is science, even when it hurts. If the report is confirmed, adopted and implemented into policy, it could lead to the end of native peoples’ lifeways if not culture. That would probably not happen before greater efforts were deployed against poaching, and revolutionary moves began against sports hunting.

So, you smirk, don’t hold your breath?

I retort, don’t be surprised. Imagine the situation of the LGBT movement less than a generation ago.